Vaccination contains antigen for the production of antibodies against diseases and protects the body from various microbial attacks. The pathogen of the weaker version is created to cause illness and forces the body to develop a defense against the disease. 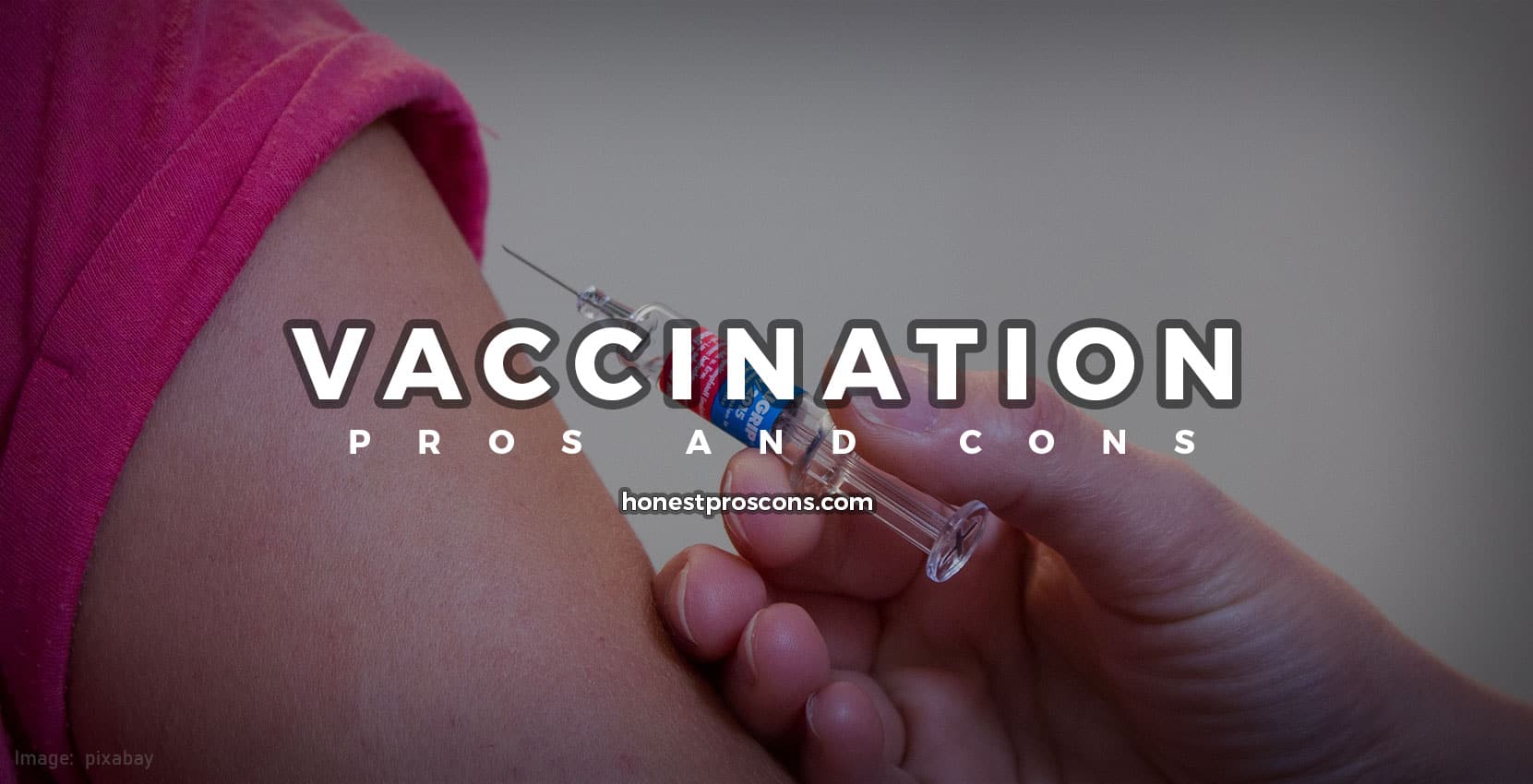 Many illnesses, such as measles, chickenpox, and polio have been almost eradicated with the help of vaccination.

The diseases which cause the epidemic has become the target for research into vaccines, thus eliminating these situations from the future. Vaccines given during vaccination provide immunity to the illnesses. Millions of lives have been saved by vaccination and securing the future too. Without vaccinations, we would need to stay in distance from each other which is also referred to as social distancing.

Vaccination in many places has been facing the issues of illnesses caused by vaccines. The effects might differ by the type of vaccination, the age, and their immune system. Itching, soreness, headache, upper respiratory tract infection are the infection commonly caused.

On the contrary, diseases like polio and smallpox have been eliminated over the last 60 years due to vaccinations. According to research, 3.5 million children’s death was prevented because of vaccination. Some vaccines are given orally instead of injection. Some advantages and disadvantages of vaccination are explained below.

The major pro of vaccination is it last for a lifetime. Once the vaccine is injected, and if the person is infected by that particular disease then their cells recognize the disease and fight it off. It increases the immunity against the disease and fights it whenever encountered in the future. Not only child are protected when they are young but for their entire life.

Vaccination prevents the outbreaks of diseases and eliminates the threat of extinction for a certain community. According to UNICEF, there were 500 cases of polio in 2014 worldwide down from 332,000 cases in 1988, thanks to vaccination programs. Diphtheria killed 21,000 people yearly, measles killed 480,201 people yearly, but in the twentieth-century United States; by 2012 each of these diseases was decreased by 99% because of vaccinations. The statistics show the advantage of the vaccination program and its effectiveness.

The advantage of vaccination is they are cost-effective. Vaccination saves lots of money as it prevents the treatment of particular diseases. And even the other way round the money that has been spent to get the vaccination ready for use is far less than that spent on developing medicines, getting medical attention and buying medication. Vaccination can save up to $13 billion in one birth group around the world.

Vaccines at the beginning phase have to undergo various safety testing procedure that has to be approved by the Food and Drug Administration(FDA). This process takes around 12-15 years of research, development, and testing before the vaccine can be approved by the FDA for public use. The research that has been going through decades under the medical professionals and both governments and non-profit organizations support this conclusion. Another pro of vaccination is safety. This long research and many professionals are involved just to assure safety and success.

The diseases search for the host and transfers from one to another. Now, if a large number of people get vaccinated, the disease will eventually die off and it couldn’t find a new host. More the number of people being vaccinated less probability for the disease to survive. WHO and UNICEF are working intending to increase the vaccination rate all around the world.

Vaccination has been criticized, with the proof and has been time and again been registered. The reasons that concerned people are the medications used in the vaccine as well as illnesses that might cause, which are severe enough to take life. This certainly points out the negative aspects of vaccination. The list of cons of vaccination is mentioned below.

The human body is the composition of many chemicals, which may respond to varying its composition. As we know, vaccination is the composition of chemicals that increases immunity, but still, there might be a slight chance for a child to develop a bad reaction. Some of these may be even life-threatening. The chemicals include may be formaldehyde, aluminum, and thimerosal. The long term effects are hard to predict and study, as only one out of several thousand children experience this type of problem.

The biggest con of vaccination is autism. There are a lot of questions regarding vaccination causing autism. The antifungal preservative named thiomersal which contained a small amount of mercury used in some multi-dose vaccines was marked as a cause. But even after the removal of thiomersal, the autism rates continue to rise.

The production of the vaccines is done by bigger companies. Looking at the massive investment and the period required the serious amount has to be spent. So, the profit margin ought to be high, reducing the quality and efficiency used in the vaccines. There have been many accusations leading to conspiracy theories, even the government are involved in some cases.

The vaccines containing chicken egg protein are harmful to children allergic to eggs. PCV, HPV, DTaP, Hep A, Hep B contain yeast proteins which can cause migraines, irritable bowel syndrome(IBS), asthma, diabetes, ADD, seizure, and stroke. A person who’s already infected by existing diseases (e.g. HIV/AIDS) or who might be under chemotherapy will be severely affected. Thus the severe side effects are included in the cons of vaccination.

Many complain about the effects and side-effects of vaccination have been filed. It increased a large number of people avoiding vaccination which resulted in outbreaks of diseases. Many lives were lost, disability, and, depression occurred as well as advanced health and medical care movement was the requirement resulting in the high alert in the state. The knowledge has to be spread, after the understanding, all the decisions will be left on the people themselves to decide.