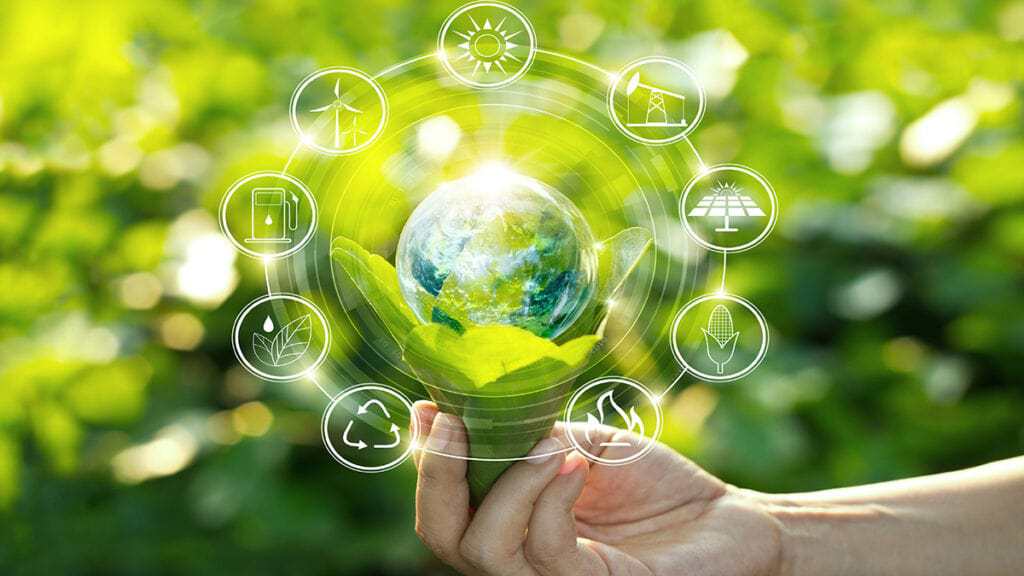 What is Green Technology

Why do we need Green Technology?

The steam engine marked the introduction to technology that moved the Industrial Revolution in the 20th Century and ever since human development has come with a growing adverse impact on the planet with an unbalanced relationship between technology and the environment. This has resulted in growing climatic changes and erratic weather patterns, depletion of underground water reservoirs, increase in seawater levels due to melting glaciers, seawater acidification, the rapid spread of pests, parasites, and diseases affecting plant and animal life coupled with the extinction of other species due to this or direct human processes or activity. The situation looks even bleaker if there is no intervention and curtailing of human footprints on the environment and bringing a balance between the environment and technology.

The best hope comes in the application of green technology which addresses three significant aspects to the current situation which are pollution of the environment, depletion of finite natural resources as well the current effect of technology on the environment. A practical example in everyday living is the existence of household batteries and electronics which often are made up of hazardous chemicals that pollute the air, and water in their production and disposal. Non-biodegradable plastic use as well has resulted in pollution of oceans and endangers marine life. What becomes even more alarming is the accumulation of these pollutants higher up the food chain making their way to dinner tables and human consumption.

What are examples of Green Technology

There is a wide spectrum of GreenTech environmental solutions available for both household and industrial applications to create sustainable technology environments. The following cover a fair amount of that:

Green technology or eco-friendly interventions support the management and recycling of waste material. The recycling process encompasses reusing the material in question in some way or form which reduces the burden on the source to meet demand. Commonly recycled materials include paper, plastic, steel, and aluminum. An interesting case is that of aluminum which uses less than a tenth required to remove it from its bauxite ore when it is recycled. There is also recycling of rare earth minerals driven by demand as China which is the main source of these minerals has restrictive manufacturing rules that limit access to the rest of the world.

Associated with recycling is the need to properly classify waste and have proper waste management. This is due to the increase in household and industrial waste. Management can be done through green technology examples that include smart containers, automated visual scanning systems that sort plastics, and automated food waste tracking technologies.

There is a growing scarcity of pure drinking water and green technology products step in to mitigate that. There are intertwined processes between water purification and sewage management as the two are conceptually similar. The goal is to make the limited resource of accessible water readily available. The systems work on a principle of levels of pollution with the higher the pollution level the less likely it is to be used for anything however upon cleansing it needs to be returned into the environment within ecologically friendly limits. In the field of water purification, though fewer developments have been made, the existing methods are vital to the process. These examples of green technology include membrane filtration, nanotechnology, microbial fuel cells, and the development of biological and natural filtration systems such as wetlands. The goal of these many processes is to avail more drinkable water or reduce levels of pollutants of water that is released back into the environment.

One of the major issues in eco-friendly technology is dealing with carbon emissions. The steam engine used coal and in its combustion emitted carbon gases. Ever since this landmark development, there have been increased emissions through automobiles, factories, and other processes. Green technology has a two-pronged approach to reducing carbon emissions which have a climatic effect whilst also making the air breathable for plant and animal life including humans. Some common and readily available plants can be introduced within living spaces to keep the air fresh by conversion of carbon dioxide to oxygen. Examples of these include Epipremnum aureurum, Sansevieria trifasciata, and Dypsis lutescens. There has been the development of vehicles that have zero emissions that can be termed ecological vehicles. They carry the term because they do not negatively influence the eco-system and include hybrid and purely electric cars. 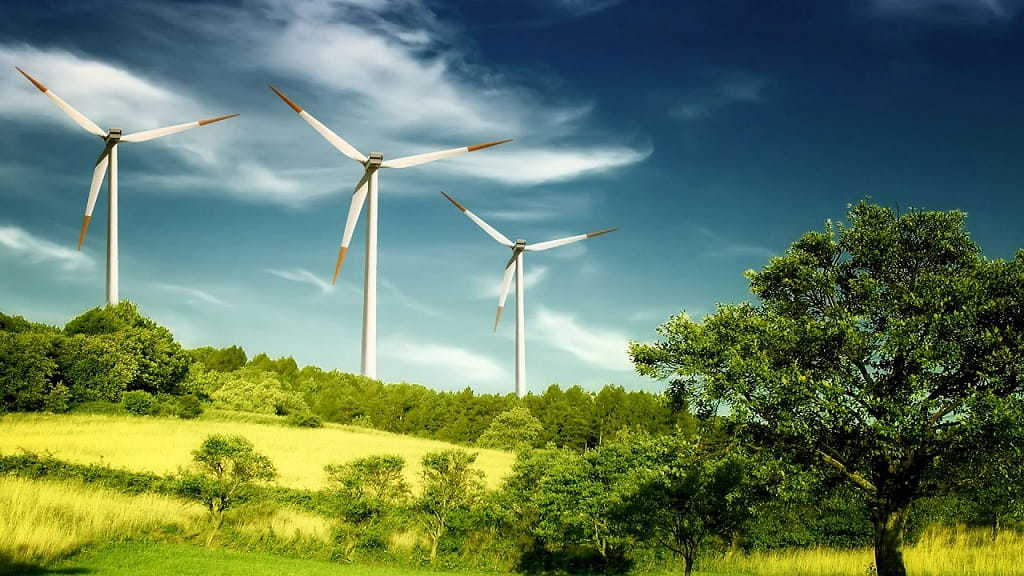 This has become one of the leading areas of sustainable technologies because it cuts on carbon emissions that come with the use of fossil fuels which are also finite as opposed to these methods. Given the ongoing climatic changes, why do we need energy that adds to this right?

Solar panels or photovoltaic cells are one of the most popular forms of eco-friendly technology. They are very popular because of their flexibility across their methods of use and often do not require an extensive green technology background to know them. They vary from charging a watch battery to powering a home or factory. There is a different GreenTech environmental method called solar concentrators which however cost more and require more space. Both have their upsides with solar concentrators being able to generate power through steam which in turn drives turbines whilst solar panels offer the option of storing the power through batteries. Associated but different to the use of photovoltaic cells is solar heating and greenhouses use this method to generate heat hence the greenhouse effect is commonly talked about.

Wind turbines are usually opted for in areas of low solar radiation and along with solar panels referred to as gold standard methods of renewable and sustainable energy. The land underneath and around these wind turbines can be used for farming activities and they can run throughout the day. However, they have limited operational life and the wind turbine blades have a limited operational timeline of use and they can only generate power at optimum wind levels.

Generation of energy from the waves

This is a more advanced method than what has been readily available before in green environment technology which harnesses waves to generate power. The first plant to generate energy from waves was constructed in Aguçadoura, Portugal, and is located 8 kilometers from the coast. The wave energy management facility can generate up to 2.25 MW of electricity and capable of supplying 1500 households. There steel tubes called “Pelamis” that are partially submerged in the sea and generate electrical energy from the waves’ movement.

Natural gas boilers or green boilers are boilers that use as little non-renewable energy as possible or utilize renewable energy altogether. Among fossil fuels, natural gas is quite peculiar as it does not have a significant emission of toxic gases such as sulfur, nitrogen oxides, and carbon monoxides. Interestingly, there is the release of more water vapor compared to carbon dioxide releases and is the most ecologically friendly among fossil fuels more water vapor and less carbon dioxide making it is the most environmentally friendly fossil fuel in terms of emissions showing why it fits in with clean environment technology. Natural gas boilers can retain the heat they produce making them achieve higher thermal yields with a relatively less carbon footprint.

Another method of reducing the load on power grids or energy requirements is the construction of a green technology environment through self-sufficient buildings that can generate their energy without contributions from external sources or keep heat in winters and cool off during summers. This can be done with supporting strategies such as the use of photovoltaic cells and automated solar tracking systems and support a good balance of technology and the environment.

Vertical gardens in buildings are an energy-efficient clean technology environment method to use with multiple benefits such as reduction in water use, a reduction in carbon emission in and around the household as well reduction in heating and air conditioning resulting in a significant saving in money and energy. This method if instituted in several buildings and apartments has a potentially massive impact in developing green technological environments and saving soils from heavy agrochemical use.

Whilst reading other articles around the subject of green technology other related terms are important as well. The following are a few of them:

Clean Tech, Cleantech or Clean Technology is used to describe companies and technologies based on improving ecological sustainability and promote a positive impact technology on the environment.

Green Refund – this is an organization that invests strictly in sustainable industries, projects, and GreenTech services.

Green Levy – this is a tax imposed by governments on specific industries or sources of carbon emissions or pollution to dissuade the use of fossil fuels and promote the use of green technology.

Climate Finance – This is a broad term to describe investment and finance in climatic change response which includes environmental technology and innovation.