The Google Pixel 2 is the little phone that could. A Golden Oldie. A wheel that doesn’t need to be reinvented. Check out our list of pros and cons and decide for yourself. 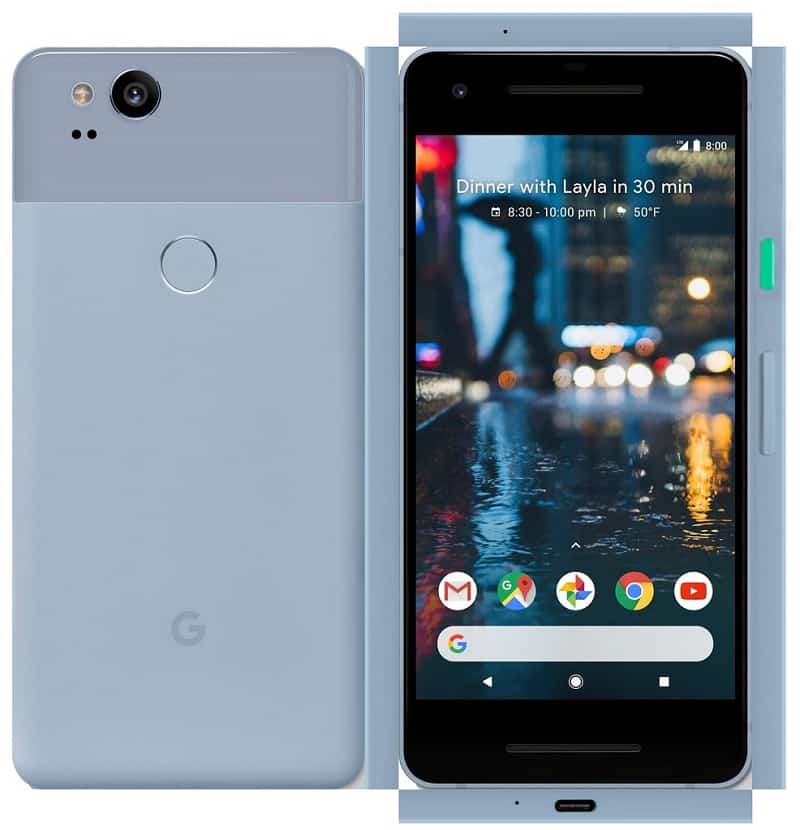 The pros & cons of the Google Pixel 2 at a glance

Pros of the Google Pixel 2

The most outstanding pro of the Google Pixel 2 is its camera. This uses autofocus with a laser. It has dual pixel phase detection, optical image stabilization, and a wider f/1.8 aperture.

While the phone has foregone the dual-camera system of other smartphones, it uses software that works through the front 8-MP camera to offer a Portrait mode (Bokeh Effect).

Not only that, this little beast records 1080p videos with 120fps and 720p videos with 240fps. It stands its ground in the face of any other smartphone with regard to its picture quality in both front and rear-facing cameras.

As if this weren’t enough, the Google Pixel 2 has a shiny little object-detection feature called Google Lens in the Google Photos app. Google Lens enables the Pixel 2 to easily recognize landmarks, businesses, business cards, and even movie posters.

You take a photo, click the lens icon on the bottom of the screen, and Google Assistant pops up with an information card about whatever you have snapped! This feature is quite accurate, with Google constantly updating its vast database for the most part.

The Google Pixel 2 phone comes with a five-inch FHD AMOLED capacitive touchscreen that has features such as an Always-On display and a 95% DCI-P3 coverage.

The Always-On display feature allows notifications to be seen at all times, even if only in monochrome. And, with a nod to its quality, the screen is protected with Corning Gorilla Glass 5 (for accidental drops and such).

The Lock screen has a feature that displays Music Detection. This is a Pixel phone exclusive that runs continuously in the background. If you’re in the store or in your car where music is playing, the Pixel 2 picks up the song, looks it up with the artist, and displays this information on your lock screen.

It also works offline, but you are able to disable it if you’re uncomfortable with the phone always listening.

The Google Search bar has been moved from the top of the Home screen to the bottom. At the top, there is now a feature called At A Glance which displays information about your days, such as calendar events, traffic, flight status, and others.

The Google Pixel 2 phone comes with Android Oreo Software which updates regularly, and with the Snapdragon 835 processor and the 4GB of RAM, the phone is both lightning-fast and easily able to deal with real-world tasks.

In fact, because of these dynamic features, the phone is considered to be one of the best options for gaming if you’re that way inclined.

While we’re on the topic of performance, the Pixel 2 can be squeezed on its sides (much like a rider on his horse) to prompt the Google Assistant into action. Google Assistant is faster, more accurate, and more versatile than Siri.

With Google Assistant being just a squeeze away, you are able to get real-time updates on sports and news. You can tell the Pixel 2 to take a selfie or even access all the photos you’ve taken throughout the day.

You can even call up your “Liked songs” from your radio playlist on Spotify, and while you still can only activate this feature by saying, “Okay, Google,” it’s still way more convenient and less awkward than using Active Edge.

What’s more, is that you can also adjust the sensitivity level of the squeeze that’s needed to allow Active Edge while the screen is off.

The Google Pixel 2 is IP67 certified for water and dust resistance. In real-life language, it is water-resistant for up to one meter of water, for as long as 30 minutes.

Best not to try that out, though, although it is comforting to know you have a small rescue window if necessary.

The Google Pixel 2 phone is available in two storage sizes, namely the 64GB and the 128GB, so you’ll not have to worry about running out of space.

The Google Pixel 2 has loud and distortion-free speakers. This makes it excellent for music playback, gaming, and video watching.

The Google Pixel 2 battery life is just plain excellent. On average, the phone can last longer than 11 hours. This is pretty great, considering the battery is only 2700 mAh.

The unfortunate downside of the phone in this department is that it doesn’t support wireless charging, but Google claims that charging the phone for a mere 15 minutes through the USB-C cable will give you up to seven hours of battery life.

And the CPU is 25% more power-efficient in this phone than others. So the average user can expect to use their phone for up to a full day on a single charge.

It is interesting to note that the Google Pixel 2 phone supports Pixel Buds. These are wireless headphones that (wait for it) enable you to talk with someone else in their native language *GASP*. How cool is that?

Using both Google Translate and Google Assistant, the headphones help you say phrases in any one of 40 languages. The Pixel 2 will say the phrase aloud so that whoever you are speaking to will be able to understand what you’ve just said.

It’s like a live interpreter/translator all in one go, right from your phone.

Cons of the Google Pixel 2

Unfortunately, the Pixel 2 design is quite a bit outdated with its excess bezel. In fact, the screen-to-body size ratio is a mere 70%, whereas other phone screens are reaching corner to corner.

The phone has a strip of black glass across the top and around the camera and a flash on the back. The rest of the body is covered in aluminum. The fingerprint sensor is right in the center of the back of the phone, just below this stripe.

Google Pixel 2 only comes in four colors: Just Black, Clearly White, Black & White, and Kinda Blue. All of this being said, the design is compact and sturdy.

This is where the designers really dropped the ball. We put the following cons under build quality because we feel like these should have been included. Without these build features, the phone is just lacking.

The Google Pixel 2 has no headphone jack. Although you get a wireless USB-C dongle with the phone, you’re better off just going wireless.

The phone doesn’t support an external SD card, the battery is not removable, and there is no dual-SIM available.

What is the lifespan of the Google Pixel 2 phone?

The Google Pixel 2 phone is guaranteed for about three years on its software and security updates. Even though this is the guaranteed date, Google may provide more years of updates to the phone.

Does the Google Pixel 2 support Bluetooth 5.0?

Does the Google Pixel 2 support USB-OTG?

The Google Pixel 2, like the original Pixel smartphone, does support USB-OTG. Google has produced an OTG adapter known as a quick switch adapter that, combined with the Pixel 2, will help users migrate easily from iPhones and other Android smartphones without any issues.