If you are in the market for a new phone, but you don’t want to spend the market price of one of the new flagship products out there, then you should consider buying an older phone from the previous decade.

You will be losing some modern conveniences when it comes to the level specifications, but you will be making up for it in quality and in your impact on the environment.

The LG G3 is a discontinued model from 2014, but its features are close to the standards to modern budget phones. And if you like to fiddle around with your phone’s hardware and software on your own, the G3 still has a lively community of programmers pushing the phone to its limit. 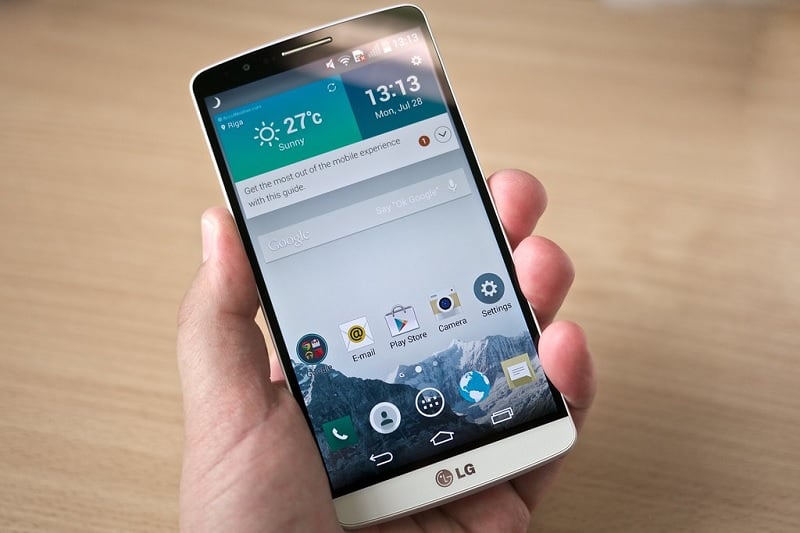 The Pros and cons of the LG G3 smartphone

The Pros of the LG G3 smartphone

The LG G3 sports a 13 Megapixel rear-facing camera that can take videos up to 4K in 30 frames per second. At launch, this phone was a frontrunner compared to the other flagship phones of the time, like the HTC One M8.

Where the G3 lacked in camera settings, it made up for in superior image stabilization and focusing. The user interface is simplistic. Your primary camera options are restricted to choosing your resolution. There are some gimmicky features as well for the selfie camera.

The main draw is the laser auto-focus. The LG G3 has a port on the back of the phone that fires a laser at the subject your camera is pointing at and then picks up the reflection. The subject’s distance is then measured and the camera is automatically brought into focus. This works incredibly fast and works well whether you’re taking landscapes or up-close pictures.

The LG G3 has a body shape that is similar to today’s smartphones but still shows its age in some places. The back panel has a slight curve, which fits comfortably in the palm of your hand, but makes it hard to find a decent body cover for it. You won’t likely find a third party case.

What makes this body stand out from other phones in the era is that it minimizes its screen bezel. It is by no means flush with the sides, like modern phones, but at a quick glance, you might just think the phone came out about four years ago.

The volume and power button is also moved off of the sides of the phone and placed at the back below the camera. Right around where a fingerprint scanner would sit. If you’re used to using some of the touch functionalities that fingerprint scanners give you, then you’ll likely find this feature really handy.

#3 Modular to a degree

Back in the early 2010s phones had a lot more gimmicky features than they do now. Take the rear placed power button as an example of that. But the LG G3’s modularity didn’t come from its hardware, but rather its software.

If you own the base model of the G3 you’ll only be able to update the system software up to Android 6.0. But this isn’t the limit of the LG’s processing power.

There is a thriving community of third party developers and coders who enjoy developing apps and other programs for the G3.

As long as you are careful with what software you download for your phone, the LG G3’s hardware can handle most modern day low- to mid-spec operating systems.

The Cons of the LG G3 smartphone

Unfortunately, the LG G3 has a bit of a hiccup when it comes to how it handles its processes.

Overuse of the phone’s multitasking feature can cause the phone’s temperature to build up. Especially if you make use of this feature for a long period of time.

Likely a fault in its construction, the G3 can build up and trap a lot of heat. Not only does the phone get uncomfortable to handle, certain functionalities become unavailable.

In one example is that the phone’s brightness setting becomes locked at a certain level to alleviate strain on the battery. This isn’t locked at a particularly low light, but with a high spec screen like the G3, the difference is noticeable.

At a certain point, the phone might even threaten to shut down if it doesn’t get a chance to cool down properly.

An infamous problem with the LG G3 is the catastrophic “Boot loop.”

The G3 has been known to get stuck while it boots up. The screen only shows the LG starting screen when you turn it on and it doesn’t go away. Even if you force the phone to turn off and try to turn it back on again, it will stay stuck in an infinite loop.

This problem has caused a lot of users to be weary of LG’s phones for a few years now. Because once your phone gets stuck like this, all of your data stored on the phone is gone. The only thing that can be salvaged from the phone at that point, is if you make use of the microSD storage slot in the back of the phone.

There are a few online fixes offered by other users, but their results vary.

It is inevitable that a phone will become obsolete. Especially with the leaps and bounds in modern technology every year.

The LG G3 is not that far down on the list yet. But, its high quality camera and screen resolution are on a pretty low standard compared to most phones nowadays.

You should still be able to enjoy high quality videos online and a few of today’s mobile games as long as they aren’t too high maintenance.

The LG G3 was released in June of 2014. It should be coming up to its eight birthday by time of writing.

Amazon offers different models of the phone around $100 to $250. Each model has different hardware, so be sure to check each one’s particular specifications before you commit to the cheapest option.

The G3 can run 3G, 4G and LTE. This model came out before 5G, so you won’t be able to capitalize on that.

The LG G3 comes with a 3000 mAh battery and has the added bonus of being removable. You can upgrade your battery capacity, provided it fits the case, and you can upgrade to a wirelessly rechargeable battery if you want!