If you are thinking about relocating to Tampa, Florida, there are a few things that you should take into consideration before making this move. Located on the west coast of the sunny state of Florida, Tampa is home to 2,945,000 residents.

While the city is well-known as the home of museums and the birthplace of the infamous Cuban sandwich, Tampa has a lot more to offer.

Before relocating to any new city, there are a few factors that you should consider, such as the cost of living, education, family friendliness, weather, and more.

This article has considered these factors, highlighting the pros and cons of living in Tampa, Florida, to help you decide if this city is the right place for you. 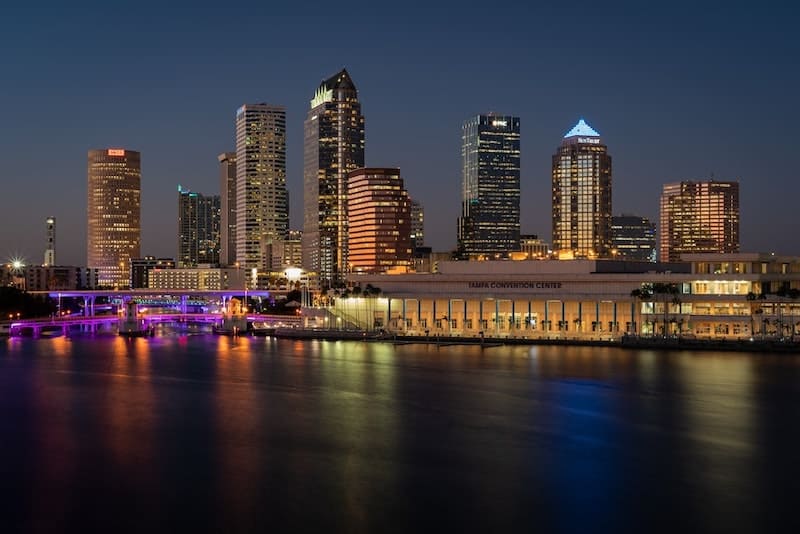 Pros and Cons of Living in Tampa, FL at a Glance

Pros of living in Tampa, FL

However, the cost of food in Tampa is 3% higher than the national average, but this cost is still 2% below the state average.

Jobs in Tampa tend to have lower salaries, but this does not mean residents cannot grow financially in the city. It is also important to consider the lower cost of living in the city.

Another benefit of living in Florida is there are no state income taxes, meaning that you can choose to use your salary to go towards other expenses such as purchasing a home.

When choosing a school for your child in Tampa, you will have the luxury of choosing from a wide range of schools. Tampa, FL, is a part of the Hillsborough County Schools District, which is one of the largest schooling districts in the United States. There are approximately 600 schools in Tampa, FL, including public districts, public charter, and private schools.

The Hillsborough County Schools District is also one of the best schooling districts in the USA. The students in Tampa with access to high-quality educational opportunities, which increases their chances of being accepted into university and furthering their studies.

Another factor that makes Tampa a family-friendly city is the wide range of activities available for children in the city. There are several attractions for children, such as the Florida Aquarium, Lowry Park Tampa Zoo, and Glazer Children’s Museum.

While Tampa is a family-friendly city, it is also a city that is home to a vibrant entertainment scene and busy nightlife. From museums to amusement parks, so whether you are looking for an adrenaline rush or an educational adventure Tampa has it all.

Tampa also has a lot to offer for the city’s night owls, with spots where you can dance the night away, like Club Prana and Gaspar’s Grotto. There are also quite a few year-round festivals in Tampa, including Oktoberfest, Tampa Bay Pride Parade, Fiesta Day, and the infamous Cuban Sandwich Festival.

Tampa is quite a popular city for retirement, attracting seniors from various parts of the US to come to enjoy their retirement in this sunny city. Compared to other cities, Tampa has a high population of seniors above the age of 55. The city has quite a few benefits for seniors, such as tax breaks for retired seniors, senior communities, and an affordable cost of living.

Cons of living in Tampa FL

While there are quite a few benefits of living in Tampa, FL, there are also a few flaws listed below that should be considered before deciding to move.

Compared to other cities in Florida, Tampa is one of the least prone cities to experiencing severe hurricanes. However, this does not mean that the city will not experience hurricanes.

Other devastating natural disasters that have occurred in Tampa include wildfires, flooding, sinkholes, and more. One of the most frequent natural disasters in Tampa is localized floods. This is a result of the rainstorms that often occur in the city.

The floods in Tampa are quite devastating and have resulted in the destruction of property and injury. This means that your home may be damaged by flood, so it is important to have flooding insurance if you plan to live in Tampa.

Tampa is situated in the Flordia, which is popularly known as the sunshine state, and true to the state’s name Tampa is a sunny city. However, the heat and humidity of the city are quite extreme, especially in summer. In summer, temperatures have even reached highs of 90 to 97 degrees.

Extreme temperatures can be quite difficult to manage, especially if you are not used to living in a city that experiences high temperatures. The humidity experienced in Tampa is also quite high and may take some time to get used to. The air in Tampa can feel quite heavy, resulting in tired and drained.

Traffic can be an absolute horror in Tampa. The city has been listed as one city with the worst traffic in the country. According to studies, Tampa residents spent approximately 76 hours in rush hour traffic in 2021.

There are several reasons the traffic in Tampa is bad, the first being the city’s population size. Tampa has quite a large population size which results in blocked roadways.

Another factor that contributes to why the traffic in the city is so bad is that it is home to several entertainment attractions. Attractions like Florida Zoo and Busch Gardens attract tourists who only make the roads even busier.

The job market in Tampa is starting to increase with quite a few jobs in various industries available. However, as mentioned above, the salaries of these jobs available are lower than what you would get paid doing the same jobs in other cities like New York, etc.

Another factor to consider when looking at the job market in Tampa is the lack of potential for career growth in the city.

Real estate has become increasingly expensive in Tampa over the last few years. According to a study, Tampa has one of the most overpriced housing markets in the US. The reason why real estate in Tampa has become quite expensive is a result of more citizens are interested in moving into this city. The average price of a family house has increased by 27,8% in 2022 in Hillsborough County.

Is Tampa a good place to raise a family?

Why is Tampa so popular?

Tampa has become increasingly popular because of how much this city offers. The city has a low cost of living, high-quality educational opportunities, entertainment, access to beaches, and much more. These are just a few reasons a lot more people are choosing to settle down in Tampa.

Tampa, FL, is vibrant, is becoming increasingly popular, and has a lot to offer. A few pros of living in the city include the low cost of living, education, family friendliness, entertainment and nightlife, and retirement. However, the city also has cons that need to be considered, especially if you are relocating to Tampa.

The cons of Tampa include natural disasters, heat and humidity, traffic, economy and job market, and real estate. Now that you know both the pros and cons of living in Tampa, you can decide if this city is perfect for you.