A marine is a member of an armed force specially trained for military duties at sea as well as on land. Marines are part of the Navy and work closely with them. The Marine is one of the most elite fighting forces in the world and also referred to as “Infantry of Navy”.

In many countries, the marines are an integral part of that state’s navy. In others, it is a separate organization for example, US Marine Corps falls under the Department of Navy, yet operates independently. But the French Marine falls under the country’s army.

The system of having citizens mandatorily serve their country in the military has made people more inclined towards joining one of the national defence mechanism.

Marines specialize in amphibious operations with their primary speciality being to assault, capture, and control beachheads and are trained to improvise, adapt, and overcome any obstacle in whatever situation they are needed. They have the willingness to engage and the determination to defeat the enemy until victory is seized.

Marines have a key role in dealing with manmade, humanitarian, and naturally occurring crises and missions will be varied, ranging from amphibious assaults and humanitarian aid to large scale combat operations. Apart from their primary roles, marines perform other tasks as directed by the government.

The Marine plays a major role as the first force on the ground in most conflicts. Today, Marines are stationed around the world at all times, ready to deploy quickly whenever and wherever needed.

Who Can Join Marines?

In order to become a member of the Marine, you must meet the various guidelines that are set including age, education, physical tests, and aptitude tests among other requirements. And these requirement varies with country.

Any person who fulfils the following requirement can join the US Marine Corps,

Not everyone gets a chance to serve the country. The Marine is unique among Service branches and there are many benefits of joining the Marine. Let’s go through the pros of joining marines:

1. Women Can Serve in Marines in Various Positions

Women are eligible to enlist in all occupational fields, except for combat arms specialities: infantry, artillery, and tank and amphibian tractor crew members. It means women cannot become part of crews in the tank, infantry, and amphibian tractors. Exceptions still apply in various circumstances because marine always puts the best people forward in every situation.

While on active duty, you will receive complete medical and dental care at no cost. You can include your family on these benefits for a minimal cost as well. There is a requirement to use the medical facilities on the base where you’re stationed, but your immediate family can see local providers if you are on active duty.

The federal government covers up to 100% of your educational expenses if you join the Marine Corps. You can pursue any degree (graduate or undergraduate), you don’t have to worry about tuition fees, and it will all get covered. Your fees, textbooks, and tuition are covered to a specific amount. There are different funds that will help you to pursue an advanced degree for further career opportunities.

Active on-duty members of marines have access to life insurance policy ranging from $50,000 to $400,000. You also have the option to elect into the family life policies so that your dependents receive coverage as well. The cost of this benefit is exceptionally competitive, the average cost of term life insurance in the Marines is about $0.07 per $1,000 of coverage.

Physical training is the top priority for initial trainers and they try to put you in the best shape possible through different physical exercises. This means that you will likely be in the best shape of your life. You’ll also get to stop worrying about what to wear, where to live, or even what to make for dinner because these come with the package and it is the best. Your strength will improve and you can get into better shape with their help.

6. You Can Get Exciting Benefits

You are paid twice a month, on the 1st and 15th, every month, based on your pay grade and service requirements. Active duty marine members earn 2.5 days paid vacation per month for a total of 30 days each year up to 60 days.

Active-duty Marines are given the opportunity of BAS Basic Allowance for Housing if government housing is not available. Marines are also eligible to receive a food allowance called Basic Allowance for Subsistence, or BAS. Some Marines who live in on-base housing may receive dining hall access instead of BAS. And a uniform allowance (for enlisted personnel only) to help maintain your uniform.

Being a military man is not a smooth job and it is not for everyone. The experience of being a member of a marine can be unsatisfactory. Here are some cons of joining Marine:

There are individuals who want to serve the country must meet the physical requirements of such a demanding role and not everyone can do that. If you get enlisted in Marines you get tested mentally and physically more than you ever imagined. The pressure starts at boot camp and continues during the service and not everyone is capable of giving their best.

Marines have the most disciplined environment one will ever experience. There are rules and regulations for everything and you must agree and follow them fully.
Since armed force is no democracy so the soldiers with higher positions make the rules and must be followed.

The Marine Corps is best known for maintaining combat-readiness, which can result in days that start early and end late. Sometimes you will have to serve at your post for 24 hours straight. Most Marines start their day early by taking a run or completing some other form of physical training. Even when off duty, however, the Corps expects all Marines to conduct themselves properly under the guidelines.

5. You Get Paid the Same as Other Branches of Service

Marines receive the same pay as those in other branches with equivalent service and years of service. Because the Marine Corps is going to ask more from you than the other branches of the military, you’re going to be working harder for your payday every period. You will get paid the same even after much hard work.

Marine Corps conducts tests each year that measure the battle readiness for the soldiers. The test focuses on your physical condition and stamina. This test applies to both genders equally and everyone has to pass the test.

All new enlistees must undergo weeks of training regardless of the branch. In the case of marines, training lasts up to 12 weeks. This is the first battle you have to win where you need to put you all efforts to qualify. The test is extremely difficult and it’s a way to choose the best personnel for the Marine.

Concluding the article, Marine provides you with an opportunity to serve your country. It helps to build self-confidence in yourself and train you to become the best version of yourself. Being a Marine takes pride and determination and many benefits that come with the job.

However, Marine is still considered as one hardest job and you have to perform the best in extreme conditions. The enlistees undergo weeks of training which is extremely difficult and one must prepare himself for the challenges coming on the way.

If you are thinking about joining marines then you must go through all the pros and cons of joining Marines and also discuss your expectations with your recruiter, only then make your decision. 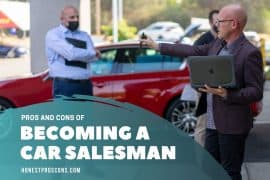 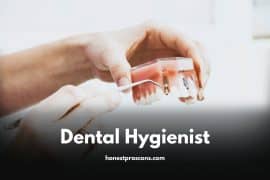 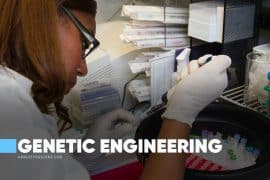 Advantages and Disadvantages of Genetic Engineering