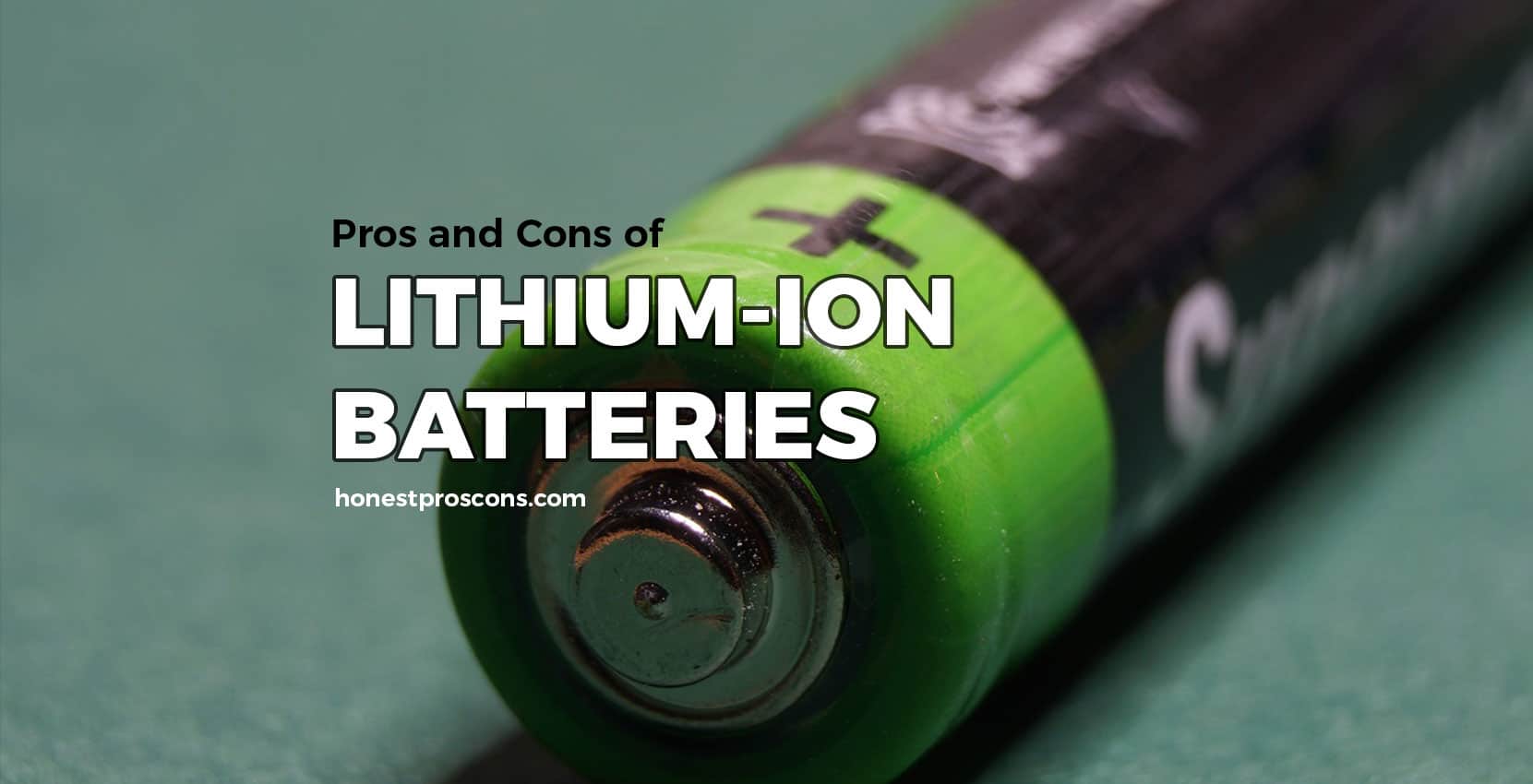 They feature high energy density, low self-discharge and suitable battery choice for storing high capacity power. These are the reasons for its popularity in the market and found in many applications.

Li-ion batteries are lighter compared to other rechargeable batteries and considering its capacity. Which makes it more efficient to use in the portable electronic devices and is feasible to fulfil its specifications such as weight and form factor which matters the most while selling products. Not only in the mobile phones its found in electric cars and golf carts to the aerospace industry.

As the property says, high energy density means having high power capacity without being big or bulky. It’s the reason why it’s still existing in the world of advancement as laptops and smartphones require it.

As nowadays the devices are being developed which might be smaller but needs and works with high power and provide higher quality, the Li-ion battery is perfect for that. This gives the battery a high-power rating while still remaining at a relatively small size. The compact size makes it a popular choice in the mobile industry.

It is mostly 5% in the first 4 hours then falls to around 1 or 2% per month. Li-ion batteries have a higher charge-discharge cycle where some mid grades have a 1000 cycle it has 5000 cycles before losing 20 to 30% of their maximum charge capacity.

Other rechargeable batteries need periodic discharge to make sure they didn’t get the memory effect.

Fast charging property of lithium-ion batteries made it preferable over the other rechargeable batteries. Due to this reason these batteries are used in gadgets and other portable devices which requires frequent charging.

The time frame it takes to fully charge is a lot less than the other available batteries in the market. It is compatible with fast charging technology.

Most of the batteries or cells need to be primed when they are first charged. Priming is the method of fully charging and fully discharging the battery before using it. Therefore, li-ion battery saves a significant amount of time and it doesn’t need charging and discharging before they can actually be used.

There are different types of lithium-ion batteries available in the market some with cylindrical and some with prismatic form. It gives the advantage of choosing the specific type of battery for a particular device which means the right technology can be used for the particular application needed.

Not only for small devices and applications but also offers much higher current levels for electric vehicles and power tools.

These batteries can be regularly charged without affecting its power capacity. Li-ion batteries have 10 times longer life than lead-acid batteries and still provide 80% of rated capacity after 2000 cycles. As these batteries require no active maintenance, a one-time purchase guarantees longevity.

As the lithium-ion batteries retain and save charge for a longer period of time because of its property of high charging-discharging cycles reducing the energy use and cost.

Li-ion battery is expensive to manufacture which literally increases its cost. It’s 35% more costly than Nickel-cadmium cells to manufacture. As the demand increases the cost for consumers increases which seems to be a major issue.

This battery requires complex onboard computer circuitry to manage and ensure that voltage and current are within safe limits. This circuit is also the reason which makes it more expensive than other rechargeable battery.

Li-ion battery is not as robust as some other types of rechargeable batteries. They require protection from being overcharged and discharged too far as it’s embedded with the circuit board.

As most of the equipment and application prefers the use of these batteries, people use them without knowledge of their safe operating limits and circuitry.

The major disadvantage of the lithium-ion battery is its ageing and it depends upon the number of charge-discharge cycles the battery has gone through. This battery naturally degrades as soon as they are once purchased whether consumers use them or not.

As the li-ion technology is growing and advancing but after a while, the replacement of the battery is a must after a certain time period. It makes be a bigger issue if the battery is embedded in the equipment.

Any lithium-ion batteries carried separately must be protected against short circuits by protective covers, etc. These things show the consequences of li-ion batteries.

The lithium-ion battery is preferable and the most advanced to be used in the current situation as it has been around for many years. It can be a disadvantage as the technology is changing and advancing rapidly which might be the issue for the battery to fulfil the expectation. As we know some of the incidents are still questioning its feasibility and efficiency, for example, Samsung note 7 had an issue along with the safety concerns.

The major disadvantage of lithium-ion batteries is overheating and susceptible to fire. There have been many cases of explosion when overheated or overcharged due to the buildup of gasses and an increase in internal pressure from electrolyte decomposition.

Improper use of the hardware can lead to overheating that in turn might cause an internal short circuit and ignite the flammable electrolyte, thus leading to explosions and fires. This increases the risk of internal injury and damage for the users and industries as most of the products are portable as well as are used in larger plants. 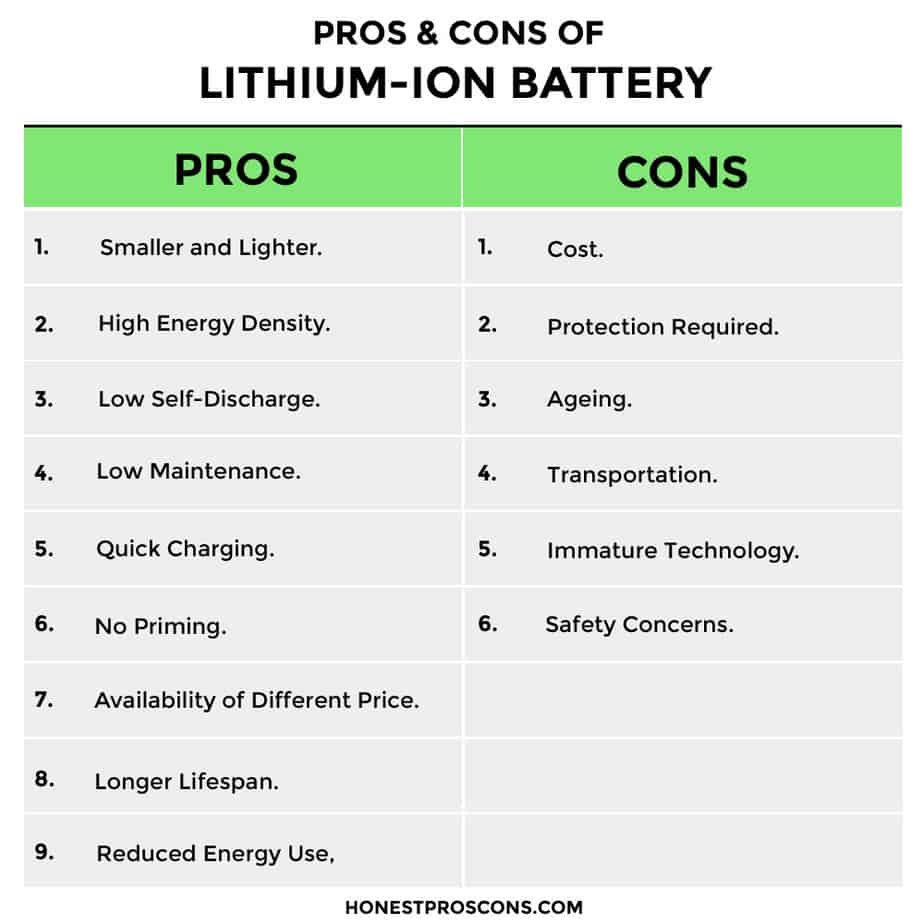