Boston is a city synonymous with US history. In 1630 the community was founded by Puritan colonists from England who helped it become the metropolis it is today. 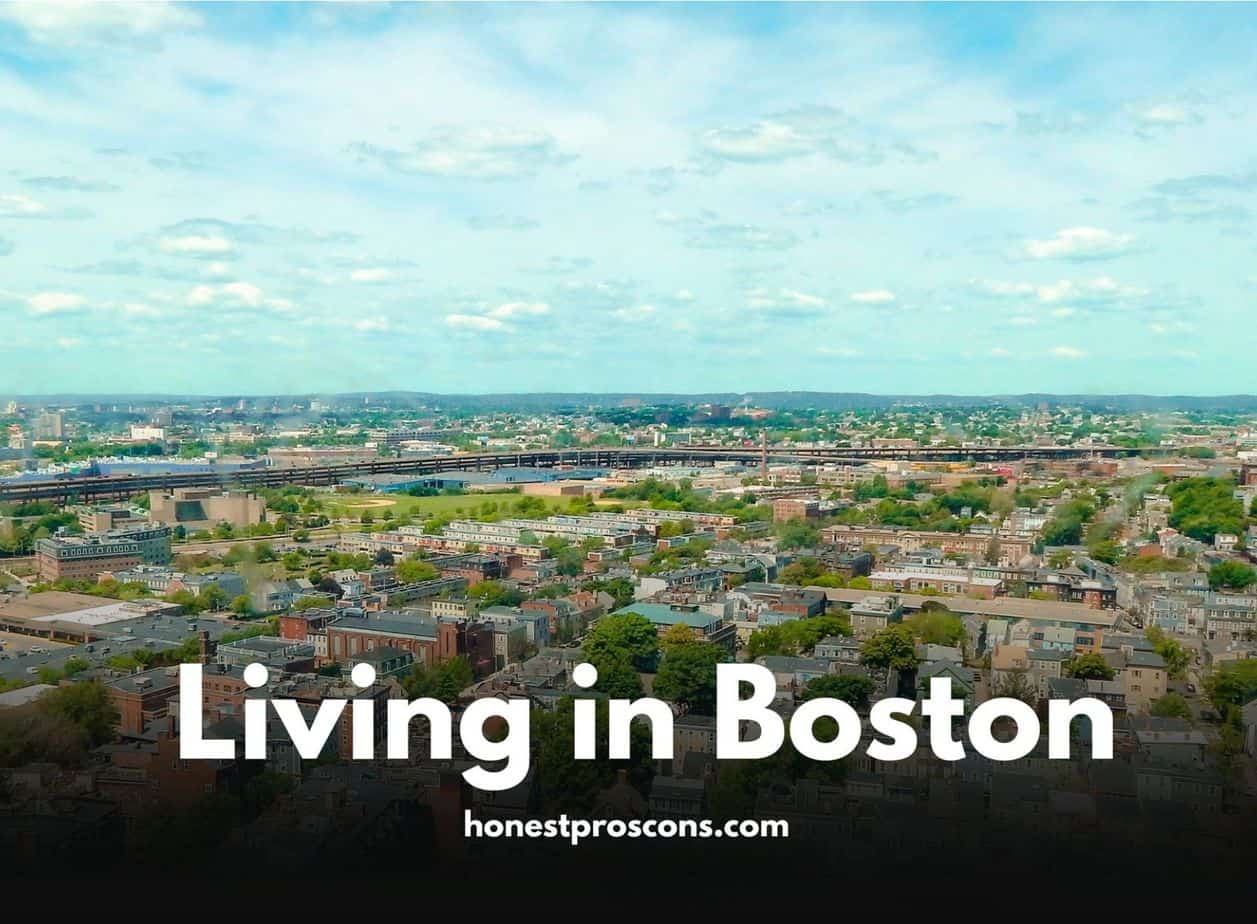 This would become New England’s cultural, religious, commercial, and educational hub. In the 18th century, even the revolutionary war exploded there, when the British retaliated with force and violence for the Boston Tea Party’s actions.

It will become a regional network for the new railroads, provide the rest of the country with medical services and partner with New York City as the nation’s main financial centre. Anti-slavery operations took place within its frontiers during the Civil War.

Boston would transform once again in the 20th century by becoming the country’s industrial centre featuring thousands of textile factories and mills. Now the city is focusing on high technology, biotechnology and education as its population keeps growing.
If you’re thinking of moving to Boston, here are a few things to consider:

Pros of Living in Boston

Many individuals decide to move to Boston because a variety of industries have a prolific job market available. The sectors of technology, finance, and life sciences tend to offer the most opportunities, although you can find lots of good entrepreneurs and start-ups in the city too. Some of the biggest names in the country, including Amazon, Microsoft, Google, Pfizer, Fidelity Investments and Merck, have offices here.

Some of the finest food is found in Boston, throughout Massachusetts. When living here, you can be sure that every cuisine is only a block away from your apartment from anywhere in the world.

Because of the proximity of the city to different educational institutions and firms, students and professionals from all over the world flock to Boston creating a mix of different traditions and cultures. And seldom will they leave, once they get here.

The Boston Public School system includes 125 schools, and there’s a curriculum available that suits most kids and their families. You’ll want to research the city’s neighbourhoods to see if there are any appropriate schools that can match your preferences.

You can find some benefits as well as the downside with the school system of the area, so it helps to prepare children for a career or college. The University settings in the city are also an advantage. Near your home are world-class institutions, including Cambridge, Boston University, MIT and Harvard.

In certain years, Boston’s winters can be daunting due to the heat, snow, and cold that you’ll face. It will chill the bones when the wind comes in off the ocean.

If you take it up to the summer, you’ll find that they’re fairly mild compared to the hotter, wetter cities that are further south. But for the occasional stretch in July and August, you won’t need to deal with extreme weather. The weather in Boston is usually fantastic.

The bus, subway and rail transport system make commuting a breeze. It can be hard for beginners to grasp but you can get anywhere in Boston and its suburbs in a few minutes after you get the hang of it.

Boston is the city that seems huge from the outside, but you’ll soon discover it’s incredibly small when you live here. Many visitors with a comfortable pair of walking shoes can see everything that they want over a weekend without missing anything at all.

About half of the population also do not travel by car, which means a lot of walking and public transit is in use here. You’ll find that finding a job near your new home isn’t too hard if you’re willing to put in a little research work.

Cons of Living in Boston

If you don’t mind being in one of the city’s bad neighbourhoods, you can find a cheap place to live, but the rest of them and the suburbs will eat up a significant amount of your budget. The monthly salary is $3,500 for a two-bedroom place in Back Bay.

Living in Beacon Hill is about $500 cheaper per month, while one South Boston spot will double your savings. If you want to live near the water, then you’ll also pay a premium for that luxurious lifestyle. Boston’s average cost of living is 47 per cent higher than across the U.S. Living in the area is more expensive than being in Chicago, Miami or Los Angeles.

Parking is already a problem in Boston’s downtown area because of how compact this architecture is for the community. Most of the buildings in the area do not provide off-street parking and if you intend to carry a car you will need a residential parking permit.

When the Red Sox plays in town, you’ll want to plan ahead for your bus service, because before and after the game, the traffic becomes a nightmare. Make sure you know what the timetable is for you to work around this issue.

3. Not so Efficient Public Transport

Designated train services run schedules that can help you cut back on your daily commute once you’ve worked the system out. What you’ll also notice is that some of the oldest tunnels still in operation in the United States are used in the public transit system. To navigate the network correctly, you’ll need to get to know the red, blue and orange subway tracks. Bear in mind that after 1 AM the trains will not run, so you’ll need to schedule your outings accordingly. Taxis, Lyft, and Uber all become important in the early morning hours.

4. Must Find a Home Near Your Workplace

Boston is a town full of travelers. Because of this transport system, you’ll want to pick a neighbourhood near your workplace to limit the amount of time you ‘re spending between destinations. The best position should be within walking or cycling distance. If you want to live in one of the best communities, consider finding a place in Beacon Hill, Back Bay or South Boston.

If you want to start living in Boston, then understanding what your rights would be as a tenant is imperative if you want to rent a place first. The rental market is exceptionally competitive, due to the high cost of housing.

There are more two and three-unit houses occupied by the owners in the town than there are apartment buildings. Which means, first of all, you can run into some amateur landlords. Despite the market competition, it helps to use a real estate agent. Since you’ll need to pay for their services the equivalent of one month’s rent, you’ll need to budget accordingly. Most landlords will also need a first, last, and security deposit to move into a house.