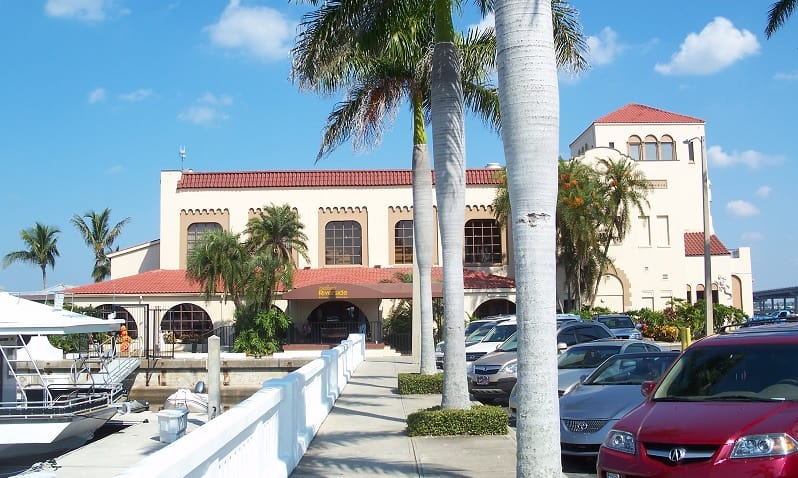 The motto for Bradenton, Florida, is “The Friendly City.” And we can see why. Bradenton is a tourist-friendly city that is also an excellent place for residents.

So if you’re looking for a home in the Southwest of Florida, you should have a look at Bradenton. Below, we’ve listed a couple of pros and cons of life in Bradenton.

Pros and cons of living in Bradenton at a glance

Pros of living in Bradenton

Bradenton is a unique Florida city that stands out from other cities in Florida in positive ways.

Below are all the pros that make Bradenton a truly unique city.

Bradenton is that it’s only an hour away from Tampa. Tampa is one of the biggest and most populated cities in Florida.

If you decide to move to Bradenton, you will be less than an hour away from plenty of Tampa’s tourist attractions, such as Busch Gardens in Tampa Bay and the Florida Aquarium. You will only be an hour away from Raymond James Stadium if you’re a Buccaneers fan.

But what if you work in Tampa? You can still live in Bradenton. As we mentioned before, Tampa and Bradenton are less than an hour away from each other. So Bradenton is an excellent choice for anyone who works in Tampa.

Do you enjoy fishing, boating, or any water sport? Then you really should live in Bradenton. The city has easy access to waterways. So if you own your boat or rent one, you won’t have any trouble heading out to the water.

You can spend your afternoons fishing on the boat with your family and your friends. Its easy to find a great spot and see what you can catch. When you’re finally done getting a big catch, you can take a leisurely trip back to shore.

If boating and jet skiing isn’t your idea of fun, you do have the option of just spending time at one of the many beaches. The Manatee County Beach has plenty of amenities such as picnic facilities and barbeque pits.

If you’re looking for a peaceful time, then you should visit the North Longboat Key beach. This beach is very rarely crowded, so you’ll have no trouble finding a quiet place to sit under the sun and watch the clouds.

Last but not least is Anna Maria Island. This barrier island combines the best of North Longboat Key Beach and Manatee County Beach.

Bradenton has the Village of the Arts

One of the main attractions of Bradenton is the Village of the Arts. This bright spot of the city stretches from 9th Street to 16th Street West.

Twenty years ago, this area was considered one of the worst areas in the city. At the turn of the 21st century, crack houses and crime were just a normal part of the area. Today, these streets are home to chic restaurants, artists, and art galleries.

Bradenton is slowly becoming one of the best cities in the Sunshine State. This is aside from having attractions for tourists and locals. The city also has affordable living costs for its residents.

But owning a house in Bradenton can be a little bit expensive. The average cost for a home in the city is approximately $242 000. So you can definitely find a more affordable house in another house in the state.

However, this high cost isn’t all that expensive. The high cost of housing is balanced out by the low cost of living expenses such as groceries, utilities, and healthcare expenses.

Broadly speaking, when it comes to living costs, Bradenton is more affordable than many of the cities in the Sunshine State. This low cost is one of the many reasons Bradenton is a great city in which to live.

Everything is Close in Bradenton

Another great reason to live in Bradenton is that everything is so close. You’ll be close to the art scene in the Village of the Arts and the watersports scene.

As mentioned before, Bradenton has easy access to beaches and waterways. It’s also close to long stretches of beaches and plenty of exciting attractions, including Walt Disney World, which is only an hour and a half away.

There are many other attractions, including Zoo Tampa at Lowry Park and Florida Aquarium. For NFL football fans, you will be happy to know that they will be down the road from the home of Tampa Bay Buccaneers.

Cons of living in Bradenton

Rainy weather doesn’t suit Bradenton’s location, but there are ways that residents can deal with these problems. However, the main problem is the humidity. The high temperatures in the city and the rain create a humid environment.

The high humidity can make living in the city very uncomfortable. Something like a short and relaxing stroll in the city can make you sweat heavily. Sitting next to a fan might not keep you cool either.

If you decide to move to Bradenton, you should invest in a dehumidifier. To make your home more comfortable, you can have your dehumidifier running for 12 hours per day. But this can lead to high utility costs.

Bradenton’s Downtown Area mainly consists of devoted government buildings. These buildings can be a little bland compared to the downtown area buildings in Sarasota and St. Petersburg.

Bradenton’s Downtown Area is cleaner and safer compared to the downtown areas of other cities of the same size. However, it doesn’t have any open spaces to relax, walk your dog, or go for a bike ride.

Bradenton has a high crime rate

Sadly, every city is prone to having crime. Unfortunately, Bradenton, Florida, is no different. The city has high rates of property and violent crime. According to Crime Grade, a crime in Bradenton occurs every two hours and three minutes.

Crime Grade also states that residents of Bradenton consider the Eastern area of the city to be the safest. In the city’s northern region, your chances of being a victim of crime are 1 in 30. But in neighborhoods in the Eastern area, the chances of falling victim to crime is 1 in 80.

Homes in Bradenton don’t have basements

Having no basement means that you have extra storage space in your home. So you’ll have to use spare rooms, sheds, attics, and garages to store any additional furniture you might have.

Some questions about Bradenton, Florida

What sports does Bradenton offer?

Bradenton is the ideal city for any sports enthusiast. Tampa is less than an hour away from Bradenton to watch the Buccaneers play. You can also watch an NFL game at Raymond James Stadium.

You don’t have to drive to Tampa to enjoy sports. You can visit LECOM Park, the training ground for MLB’s Pittsburgh Pirates. Later during the year, LECOM Park also hosts the Bradenton Marauders.

What is the racial makeup of Bradenton?

According to Data USA, the city of Bradenton has a population of 56.6k, and more than 90% of the people are US citizens. In 2019, just over 11% of Bradenton’s population consisted of residents who were born out of the US.

During 2019, there were a little over three times more white Non-Hispanic residents living in the city than any other ethnicity or race. The city also had more than 10k African American or Black (Non-Hispanic) residents. There were also more than 8k white Hispanic Bradenton residents.

Does Bradenton Have a ‘Hurricane Season’?

Yes, Bradenton has a “Hurricane Season,” just like the rest of the Florida coast. The season starts around the 1st of June and runs until the end of November. However, the worst part of the hurricane season is September.

September is when most hurricanes come in from the Caribbean sea of the Gulf of Mexico. But since Bradenton is on the West coast, Caribbean hurricanes rarely affect it. But the city is undoubtedly influenced by Gulf Coast hurricanes.

Bradenton summers can be enjoyable, but you’ll want to be outside only in the mornings and late afternoons. It gets preety hot during the day. During the Summer, days in Bradenton can reach the mid-90s, except during an occasional summer storm.

The summer season can also be the wettest season of the year. It can also get quite humid in the Summer. So, you’ll want to have your A/C on full blast to keep your home cool during this season.

If you’re not a fan of winters where you have to deal with hail, sleet, and snow, then Bradenton is the ideal city for you. The days can be warm in winter, with temperatures reaching the low 70s. But at night, the temperatures can drop into the 50s.

So during the winter, you can go for a walk on the beach, have a picnic in the park, go bike riding along the Gulf coast during the day. Then, you can keep warm under a cozy blanket and hot chocolate at night.

There are plenty of reasons to pack up and move to Bradenton, Florida. You might need to invest in a dehumidifier and extra storage space for your additional furniture.