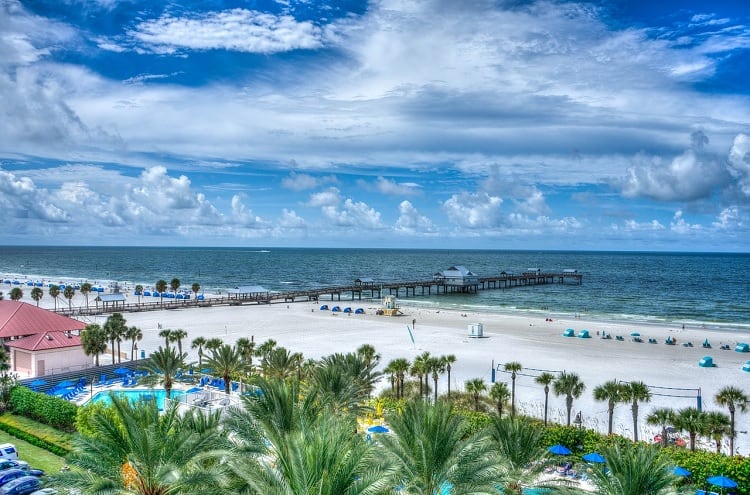 The Pros And Cons Of Living In Clearwater, Fl at a Glance

The Pros Of Living In Clearwater Fl

The best place to live in Fl

A combination of the low cost of living, pristine beaches and sparkling waters not to mention Clearwater is a place with amazing sunsets.

Because of the ideal seaside location, outdoor activities like hiking, fishing, canoeing, and cycling are very popular among the residents. The warm weather all year round also makes it a great place for an outdoor life style.

Speaking of going to the beach, one of the best things to go and do in Clearwater is getting outside and soaking up the famous Florida sun.

With its soft white sand beaches and clear calm waters, the beach is perfect for everything from swimming and sunbathing to paddle boarding and jet-skiing.

There is a paved beach walk that brings cyclists and walkers to enjoy the spectacular views and sunsets. The palm tree-lined streets also have tables and benches to relax on.

Connectedness to other cities

Tampa is located to the East, offering restaurants, shopping and sports events. Downtown St. Petersburg is similar to Tampa, located to the South of Clearwater, with Central Avenue being a highlight for visitors.

We of course have to mention Orlando, the home of Walt Disney World and Universal Studios

Clearwater residents can take advantage of lower-priced Day and Weekend Passes, with no need to stay at a hotel afterwards.

While in The North, be sure to stop over in Tarpon springs for another unique day trip.

Clearwater residents are spoiled for choice when it comes to having a plethora of fantastic places to eat at. From beachside cafes to fine dining and everything in between, you’ll be pressed to find a better food scene in Florida.

When the sunsets, one of the best places in the city to be is the renamed “Cleveland Street District” which boasts a vibrant nightlife scene, with bars, restaurants, clubs and other entertainment.

During the day visit its farmer’s markets and take in a theater show.

The Pinellas County School District public school system in Clearwater is above average. If you are a family thinking about relocating to Clearwater, you will be spoiled for choice when it comes to high-quality education.

There are a 146 schools in the city to choose from, including 29 high schools across public and private institutions. Including the highly rated Clearwater High and the Delphi Academy of Florida, Washburn Academy, Clearwater Academy, Countryside High.

The Cons Of Living In Clearwater Fl

Intense humidity and the threat of hurricanes

All of Florida can experience severe weather during what is considered Hurricane Season, which runs between June and November.

Florida’s west coast where Clearwater is located is especially prone to experiencing hurricanes.

The heat and humidity are can also be severe. And make life during the height of summer very uncomfortable.

These infestations by bugs can be very damaging to people and property so regular pest control is strongly recommended to residents.

Based on violent crimes such as assault and robbery and property crimes such as theft. This means that Clearwater has a higher than average crime rate when compared to the national average.

People who live in Clearwater generally consider the south part of the city to be the safest, with the inner city being the most dangerous

Sadly, 5.4% of the population in Clearwater are below the poverty line. this is higher then the national average.

During morning and afternoon peak rush hours, there will most likely be heavy traffic in Clearwater.

Add to this the additional traffic from when many people want to go to the beach and there is construction going on in the area.

Like some other cities in Florida, Clearwater doesn’t have an extensive public transportation network.

When residents need to commute along Clearwater Beach and the coastal communities nearby, they can make use of the Jolley Trolley.

Similarly, the walkability score of Clearwater is low, which means that a car is needed for most people as their primary means of transport.

Things To Consider about living in Clearwater, FL

Having taken a look at the most asked pros and cons about living in Clearwater, Fl.

What is the population growth of Clearwater?

The population growth is low. Clearwater, FL had a 1% population increase and its average household income grew from $47,070 to $48,691. The average age of Clearwater citizens is 43, with a large group in the 65+ age range.

Additionally, the city is not very diverse according to the latest census data, with the majority of its residents being White at 66.8%.

Clearwater has a slightly lower cost of living when compared to the state average and a higher cost in comparison to the national average.

Living in Clearwater is very affordable, making this city a great place to live for folks at all stages of their careers, especially with its low property taxes.

Many families have chosen to move to Clearwater. There are many forms of children’s entertainment, along with excellent schools and amenities.
Clearwater provides an excellent family-friendly environment.

Moving to Clearwater is a great choice because of the city’s many outdoor activities, affordable cost of living, and lovely warm weather all year long. Not to mention some of the best beaches in America.

The excellent facilities, nightlife and beauty of the area make it an ideal place to raise a family or retire.

However, potential residents should consider the cons of living in Clearwater as well. Like other places in Florida, the hurricane season happens yearly, the risk of pests infesting your home, and traffic jams around the Clearwater Beach area.

More Cities To Check Out: