Let’s get into the most special attraction of Nashville, The Country Music. The Country Music Hall of Fame is probably most of the people (even the non-Americans) are well aware of. If you love country music, you know about Nashville. Well, if you don’t then you just knew what Nashville is famous for.

Besides, its a place of huge open spaces and a handful of job opportunities. Nashville is known to serve people with amazing food, the Mexican cuisine in particular and beer of course. With quite a few good neighborhoods like Downtown Nashville, Music Row, The Gulch, Brentwood, etc it’s a good place for a peaceful and smoothly running lifestyle.

Weather makes a lot of difference regardless of your decision of visiting a place or planning to settle in. The summer with the maximum hot temperature lasts for less than four months starting from late May to Mid September.

The only con of Nashville weather is that it gets rain throughout the air. There is no day in a year where you can be sure of not having a rainfall. Moreover, summers in Nashville are HOT!

You wouldn’t consider moving to a place where transportation is troublesome. Nashville is growing and it has its own story of pros and cons as far as transportation is considered. Because of its rapid growth, public transportation can sometimes feel like lacking, but people mostly prefer cars for city commute.

Nashville has an international airport that connects it to all the major US cities on a daily basis.

As with other cities, Nashville has a good health facility and should not be a problem for your decision to move in. There are plenty of good hospital and emergency medical support units all over the Nashville area.

Nashville is a good place for students of all levels as there are some of the finest academic institutions and universities for all kinds of courses. Refer to this list for more information.

For obvious reasons, music is the main attraction hence country music is a standout as long as entertainment is concerned. Regarding music and live shows, do we need to tell more? Guess Not! 🙂

You might have already guessed by now that Nashville being the birthplace of country music must have an exiting and funfilled light life and you cannot be more correct. 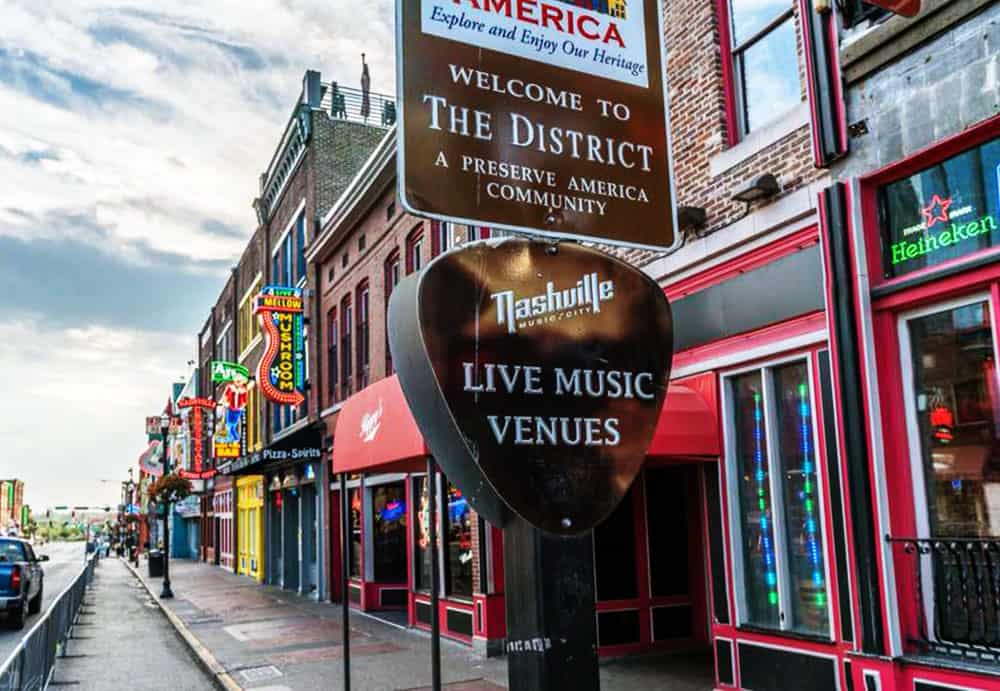 The majority of the live music venues are in the neighborhood called, The District. Nashville has a tantalizing nightlife with good food and good music throughout.

There is nothing that could be listed as a negative or something that you wouldn’t like in particular about the nightlife. It’s all good and classic.

Other Things to Do

As mentioned earlier Nashville has a lot of open spaces and parks. There is a beautiful Cumberland River along which is a walkway for jogging and biking.

The Centennial Park offers a lot of space for an incredible sight and peaceful hangouts. Within the Centennial Park is one of the prominent monuments of Nashville, The Parthenon which in itself is an amazing sight to see.

Moreover, there is a lot of activities going around throughout the summer. There is a walking trail which is a good place to be, some music plays always seem to happen regardless of which time of the year you visit.

To conclude, there are not many disadvantages of living in Nashville, Tennessee. It’s a good place to get educated, get settled, raise your kids, start a new career or a business.