When you talk about central Florida, one of the first things your mind goes to is its fourth largest city, Orlando, the heart of the Sunshine State. This unique and thriving city is well-known for its world-famous theme parks, but there is so much more to Orlando than Universal Studios and Disney World.

From its vibrant nightlife to natural beauty, living in Orlando offers the ultimate balance of convenience, entertainment, and nature. But, like in every other city, there will be a few challenges that you may face living in Orlando.

This article will explore the pros and cons of living in Orlando, Florida. 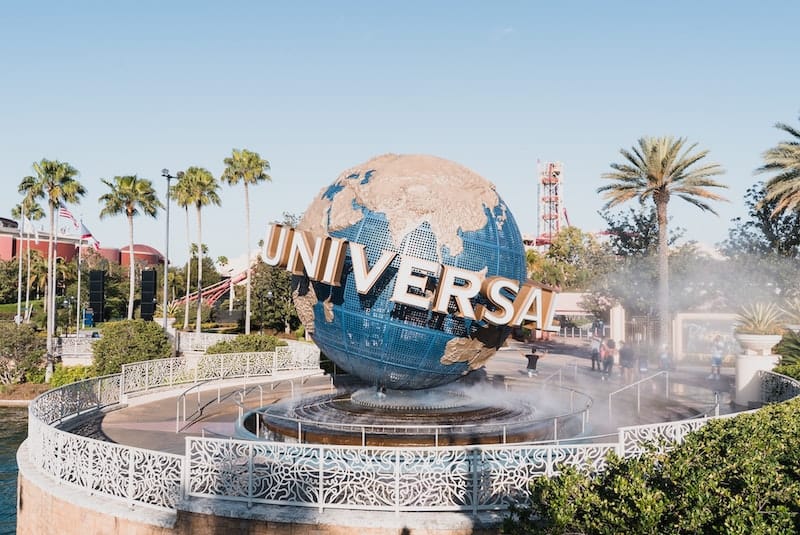 Pros and cons of living in Orlando, Florida at a glance

Pros of living in Orlando, Florida

Whether you hop on public transport or decide to drive yourself, Orlando is an extremely accessible central location in Florida. It is well connected to several cities, making traveling much more convenient.

Jacksonville has one of the biggest urban park systems in the United States, and it’s only a two-hour drive from Orlando.

The tropical island paradise, the Florida Keys, is a little further away and will take approximately a day to get there.

A three-hour drive from Orlando will place you in the historic city of Fort Myers, the heartbeat of southwest Florida. From here, the lively city of Miami is only a few hours away.

Whether it is the entrance to a neighborhood or the local Target, everything looks much more beautiful in Orlando. The top areas in Orlando, including Windermere, Winter Park, and Winter Garden, are easily accessible and incredibly stunning.

College Park is centrally located, close to small businesses and renowned local restaurants.
Mills 50 is an upcoming neighborhood with new cafes and restaurants, yoga studios, and a growing art scene.

The Lake Eola Heights Historic District is the perfect spot for history lovers because of the diversity of architecture, ranging from Mediterranean revival to art deco.

Sanford offers a suburban lifestyle and is rated as one of the top locations in Orlando to live.
Lastly, Parramore offers authentic food, affordable housing, community, culture, and street art.

The job market is expanding

Orlando is the center of tourism in Florida and has created a robust economy with plenty of job opportunities. Due to the city’s thriving restaurant business and hospitality industry, locals never have a tough time finding some type of work in this lively city.

The job market in Orlando has much more to offer than just tourism. The city offers a growing economy with jobs in various industries, including aviation, agriculture, aerospace, digital media, engineering, film and television production, and software design.

Apart from the booming economy, the average monthly salary in Orlando is slightly above the national average.

Orlando was ranked as the second-best city in Florida for public transportation. So if you assumed you needed a car to move through the city, you might want to think again.

Although the city is not very bike or pedestrian-friendly, various public transport options are available to help you navigate your day-to-day life. This includes the commuter SunRail, Amtrak, Greyhound Bus, LYMMO, and the Lynx public bus system.

However, before leaving your car behind, research potential neighborhoods to ensure that they are served by public transport.

If you do decide to bring your car to Orlando, you will enjoy the exceptionally low gas prices and affordable registration.

One of the best advantages of living in Orlando is the affordable cost of living. Even though on the cost of living index, the city earns a score of 104.1, slightly higher than the national average of 100, it is important to remember that you are living in a major metropolitan city.

Most of the other major cities in the United States have higher scores on this index:

Living in Orlando offers the same urban conveniences and exciting surroundings as in these mainstream cities without the additional cost.

The housing market is the main factor contributing to this low cost of living. The average price of a home in Orlando is significantly lower than the average price in Miami.

Other factors contributing to the low living cost in Orlando include healthcare, transportation, and groceries. Another advantage is that Florida residents do not have to pay state income tax, so you have more money at the end of the day.

Orlando boasts gorgeous lakes, plenty of state parks, and the ocean, which is nearby. It is ideal for families or individuals who enjoy the outdoors and water adventures.

If water sports are one of your hobbies, then moving to Orlando may be the right choice for you. The city offers almost everything, from diving and sailing to wakeboarding, water skiing, parasailing, jet skiing, snorkeling, kayaking, fishing, and swimming with dolphins.

Orlando is also great for nature explorers as it is close to rivers, hiking trails, springs, and camping areas.

Orlando is home to countless attractions, theme parks, and amusement parks that locals and tourists love.

The city is known as the theme park capital of the world. It includes exciting spots such as Disney World Resort, Universal Studios, Busch Gardens, Legoland, SeaWorld, EPCOT, Universal’s Islands of Adventure, Crayola Experience, Madame Tussauds, and The Wizarding World of Harry Potter.

Orlando is the perfect city for you if you love theme parks, entertainment, and pop culture. Living in the city makes traveling to these parks so much easier and more affordable.

Cons of living in Orlando, Florida

Navigating around Orlando can be a mission because of the congestion on the roads caused by tons of tourists, aggressive commuters, school traffic, road construction, and slower-driving retirees.

The city is so spread out that you will need to drive long distances to get from one destination to the next, making congestion much more difficult.
This can result in you becoming frustrated and being stuck in your car for a much longer period of time than you anticipated.

The cost of living in Orlando may be affordable, but it comes at the price of a lower minimum wage compared to other big cities in the United States.

However, Orlando plans to increase the minimum wage to $15 per hour by 2026.

As a resident of Orlando, you will need to become accustomed to the droves of tourists that arrive all year round, including the snowbirds in the winter.

Luckily, not every neighborhood in Orlando is greatly impacted by the mass of tourists yearly. So it is important to research specific neighborhoods and traffic conditions before you make your big move.

Orlando does experience hurricanes and the effects of hurricane bands every year. In the past 92 years, Orlando has been directly hit by 77 hurricanes. That is less than one hurricane per year.

In Florida, hurricane season starts at the beginning of June and ends in the last week of November.

Even though Orlando is not near the coast, the city is in the direct path of or vulnerable to the hurricane’s strong winds and heavy rains.

Although Florida boasts sunshine and warm temperatures throughout the year, this doesn’t mean that the weather is necessarily the best in Orlando. Most people who live in the city find the humidity all year round unbearable and uncomfortable.

The average daily humidity in Orlando is 74%, and it rarely drops below 50%, even on the driest days.

Thankfully, most businesses, apartments, and restaurants have air conditioning to help you beat the humidity in the city.

Unfortunately, Orlando does not top the list when it comes to the public school system. The city is not the worst place for education in the United States, but there is significant room for improvement.

In Florida, Orlando schools fall in the bottom 50% of all public schools in the state. These schools also score lower than the state average in reading and mathematics.

However, on the brighter side, when it comes to higher education, the University of Central Florida has a 75% graduation rate.

So, while Orlando may not be ideal for schools for young children, it is a better place for young professionals looking to further their studies and careers.

What kind of salary do you need to live comfortably in Florida?

According to a recent survey from Purdue University and GoBankingRates.com, you need to earn a minimum annual salary of $105,315 to be happy and comfortable in Florida.

Is it good to live in Orlando, Florida?

Living in Orlando is ideal for all kinds of people. Retirees love the natural beauty and convenience of the city. Still, it is also great for young professionals and families looking for a decent education, a robust economy, and plenty of entertainment.

What are the safest neighborhoods in Orlando?