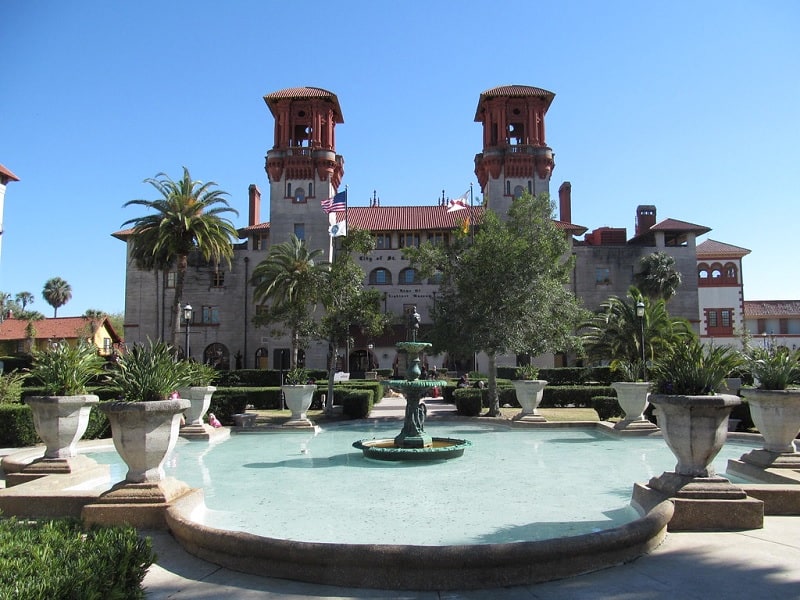 Ah, St. Augustine. Founded in 1565 and, therefore, the oldest city in America. This means an incomparable richness of history, tradition, and culture, romanticized by the salt and the sea and the wind in your hair.

But the tourists, the heat, the bugs. Is it all worth it? Let’s find out.

Pros and cons of living in St. Augustine, Florida at a glance

Living in St. Augustine costs you less than the national average and most cities in the state. The average cost of housing, utilities, groceries, transport, healthcare, and miscellaneous goods and services is less expensive.

The city is a major tourist destination and has relatively low property taxes, which means investing is a good idea.

The job market has increased by 2.8% over the last year, and the future job market is predicted to grow by 50.1% over the next ten years. This is higher than the US average of 33.5%.

The median cost of a home in St. Augustine is $352,100, which means that you get a really wonderful home in a great community, and a great neighborhood and still be walking distance to downtown and the beach.

Also, in the last ten years, home appreciation has gone up by 7.5%, and specifically, in the previous 12 months, it has gone up by 18.7%. It looks like people are keen to buy!

You have Vilano beach, great for cyclists along the A1A and the hiking trails along the beach, and also St. Augustine beach, which happens to be pet friendly and has vast waves.

There is the St. Augustine Wild Reserve and the Anastasia State Park, where you can hike the beach and dunes.

Lakeside Park, situated around a small lake, is perfect for fishing, plus the pretty statues and landscaping make for enjoyable walks and picnics.

There is the Fountain Of Youth Archeological Park for those with historical interests, where you can enjoy cannon and musket demos and the watchtower, blacksmith, planetarium, and globe exhibits.

You’ve also got Fort Matanzas National Monument, where you can go on a park ranger-led boat tour of the area and get a total dose of the local history.

The beautiful year-round weather allows you to do everything you can possibly think of outside, like fishing, golfing, boating, surfing, kayaking, mountain biking, cycling, running, hiking, and walking the dog.

St. Augustine is for you if you love history, old architecture, cobblestone streets, quaint little cottages, and historic neighborhoods.

You could spend all day surrounded by this beauty, walking and soaking it up. There are many great museums, shops, restaurants, and a vibrant cultural arts community.

Despite being considered a city, it feels like a sizable historic town.

Fortunately, crime rates are lower than in other suburban areas, both statewide and nationally.

Education in St. Augustine is rated B- in 2021, according to Citystistics. This is considered good on both a state and national level. The area has reasonable graduation rates at most schooling levels.

It also has reasonable enrollment rates and an average of 13.9 students per teacher ratio, and extra programs and college enrollment is generally higher than state averages.

Connecting to other cities

St. Augustine is close to several major airports and Disneyworld, which contributes to the attractiveness of living there and visiting the city. It is within half a day’s drive to Miami, Orlando, and Daytona.

One of the most incredible things about St. Augustine is the live music played at a ton of venues. One of these is the amphitheater in town, called The Amp. There are even food trucks at the events hosted there, drinks, and a super chilled vibe.

September brings the Sing Out Loud Festival, which is free, and there’s also the Colonial Oak music venue down on St. George Street.

Although you can separate food and music for the foodies, you are covered with a range of urban eateries. The city is home to everything from Peruvian restaurants, Latin American, Mexican, Vegetarian, Steakhouses, Seafood, and of course, good old Southern Comfort food.

Your gut will never get bored, and neither will you because once you’re done eating and dancing, you’ve still got Farmer’s Markets, museums, festivals, fireworks on the beach, and Ripley’s Believe it or Not to get through.

It might interest you to know that St. Johns county remained overwhelmingly Republican in the last presidential election with 62.7% to the Conservative 36.1%.

But with a diversity score of 80/100, the city proves more diverse than other US cities. Its most diverse area is to the west. 80% of residents are white, followed by 8% African American and 7% Hispanic.

The total crime rate in St. Augustine is lower than the national and state averages. The two main types of crimes are violent crimes (involving murder, manslaughter, aggravated assault, and rape) and property crime (involving theft and arson).

There are four retirement communities in St. Augustine for people in the 55+ communities. The city makes for a unique and exciting place to retire if you’re into history, Spanish architecture, nature, culture, and art.

There’s easy access to the beach and plenty to keep you busy.

The city is mainly made up of young adults and starter families. The median age is about 42 years old, and the typical family has an average of 3 people, including children and parents.

St. Augustine has a great suburban feel, which is really nice for families looking for more space and good areas to raise their children. No more densely-packed city life for us, thank you!

The character and identity of many communities are connected to the natural water which surrounds and runs through them, much like a big marina.

One of the main things that stand out about St. Augustine is its pet friendliness, and if it’s friendly for pets – then you know it’s pleasant for you and your family. Not just that, it speaks to a lifestyle of acceptance and being laid-back.

It’s so cool that literally, every family member is welcome even at some restaurants and the beaches.

The poverty rate is 21.4%, meaning that one in almost five residents lives in poverty.

Unfortunately, 2752 of 12,868 residents reported income levels below the poverty line in the last year. And with the Poverty Rate in Florida being 15.%, that means St. Augustine’s is significantly higher than the rest of the state.

St. Augustine only has 14,233 residents, which is considered relatively small, and different surveys have shown that economic conditions are generally worse in smaller towns than in bigger cities.

Unfortunately, the population has shown a steady decline in the past five years. This is not necessarily a bad thing but is something to watch. It could be due to many small factors or one major critical incident.

Not going to lie – it is hot as hell in July, August, and September. Those are the summer months. Literally, hot town, summer in the city, back of my neck gettin’ dirt and gritty! So expect to spend your time in the air-conditioned bliss of indoors, or suffer the consequences.

Things like exercise need to be done early morning or evening when it’s cooler, and you get the full benefit of the ocean breeze. Ocean breezes are all very well, but they bring sweet humidity with them.

Oh, and those minor nasty No-Seamus bugs like the heat too. They like to snack on you in the heat, especially when you’re living next to the mangroves or marshes.

On the upside, you will never, ever have to shovel snow. Winter lasts for a month and a half at max, and the weather ranges from the 30s during the night to the 70s in the daytime. Natural disasters

Not only is it hot as hell in July and August, but that’s also hurricane season. Fun. Expect rain showers almost every day at around 4 PM.

There is no state income tax. YAY!
But there is a sales tax of 6.5%, and property tax is about 1.2% of the purchase price of your home.

There’s a lot of history in St. Augustine, which tourists love. The city hosts tourists for at least ten months of the year, and because of past achievements of being listed among the best places to retire, with the best beaches and areas to vacation – the tourists come in droves.

This is specifically great for the economy, not so much for traffic. It can sometimes take up to four hours to do four miles. No, thank you. On a good day, though, the average commute time is about 22 minutes. This we can deal with.

More Cities to Check Out: