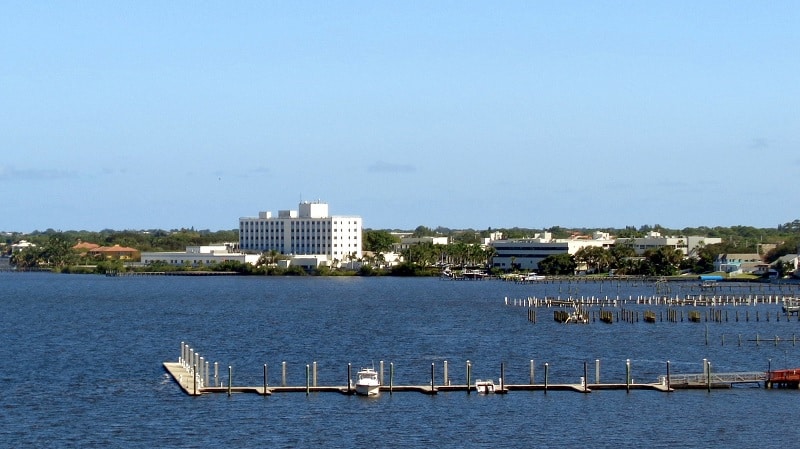 If you are considering moving to Stuart, Florida, there are a few things that you should know before making this critical decision. Stuart is one of the beautiful cities in Martin County, which is in Florida. This city is situated off the Atlantic coast and has a rich history, including its name, which was named after Home Hine Stuart Jr.

It would be best to consider many factors before moving to a new city, including safety, cost of living, economy, and more, which will all be highlighted in this article. However, it can be tricky trying to find all this information.

Luckily, we have included a list of the pros and cons of living in Stuart, Florida, that will help you decide if making a move to this city is the best decision for you:

Pros of Living in Stuart Florida

Stuart Florida is a vibrant city and is well-known for being the Sailfish capital of the world. However, this city has a lot more to offer than this. Including this list of pros of living in Stuart, Florida:

Stuart Florida has a vast amount of nature to showcase. The vibrant city is home to many nature parks, lakes, and beaches. Including Bathtub Reef Beach, Memorial Park, and Shepard Park. These parks are home to many historic trees like the Tamarind Tree, Boyington Tree, etc.

Stuart Florida is home to a wide range of sports activities and several professional sports teams for people looking to watch their favorite sport played live. A few sports you can play in this city include golf, hiking, equestrian, billiards, rowing, surfing, sailing, and more.

Stuart, Florida, is a city with a mixed lifestyle. While the city has historic buildings and cozy coffee shops, it is also filled with occasional concerts and jazz events. Citizens in Stuart value their individuality and the city’s long history.

Stuart Florida has 50 schools, including 19 private district schools, three public charter schools, and 28 private schools. This city follows the Florida education system, ranked as the 13th state for a sound education system. This means the education system in Stuart is relatively good.

Connectedness to other cities

One of the best aspects about living in Florida is that many different cities are not too far away. Stuart is around 20 miles away from Fort Piece, only a 30-minute drive away. Another city relatively close to Stuart is Jupiter, approximately 24 miles away and takes only a 34-minute drive.

Stuart is home to many different restaurants like Riverwalk Cafe & Oyster Bar, Krua Thai Asian Cuisine, and La Forchetta. This city also has an active nightlife scene with many entertaining things to do, including an Escape Room, Clover Park, and Painting with a Twist.

There are also several bars, clubs, and lounges that you can visit in Stuart, like Crush Wine Bar and Island Root Stuart Kava Bar.

Stuart, Florida, is a part of Martin County, which has been quite a strong conservative county since 2000. Only 0.9% of citizens voted Independent, and 37.7% voted Democrat. In contrast, the majority of 61.8% voted Republican.

The Stuart community includes individuals who have retired and have chosen to settle down in Stuart. What’s excellent about retiring in Stuart is its mixed suburban lifestyle as well as its relatively low cost of living.

The total population of Stuart is around 16,186, including a wide range of driving races. However, the races with the majority of the race of people in Stuart are White, who make up 81.37%, African American citizens make up 12.3%, individuals who are two or more races make up 2.45%.

The average annual salary of citizens living in Stuart is $57,764. However, this will vary based on different professions. This is higher than the average salary of US citizens currently sitting at $35,977. Stuart has a lower unemployment rate than the country’s average unemployment rate. There have also been predictions to increase the job market by 2.1%

There is a diverse range of neighborhoods in Stuart. However, there are also a lot of communities to choose from before finding your perfect place. Some of the best areas to live in Stuart include the North River Shores, Seminole Shores, and Coral Gardens.

Stuart is a family-friendly city with something to do for everyone. Whether you prefer the nightlife or visiting park preserves and a club on the weekends, this is the place for families to be. There are also many parks in this city, especially for families with young children.

Citizens in Stuart can keep updated with live traffic updates from FL511 through their Twitter page. This city has a wide range of public transport available, including buses, taxis, and Uber.

Cons of Living in Stuart Florida

While Stuart has many pros, there are essential cons that you should take into consideration to make the best decision for you. Here is a list of cons of living in Stuart, Florida:

Residents can view this as a positive because this means there are fewer people, so overcrowding will not happen. However, the fact that the city’s total population makes many think about the reason for this.

Florida is known as the Sunshine State. Stuart stays true to the state’s name as it has many sunny days. There are approximately 236 days of sunshine which is more than the average in the US.

However, this city experiences a lot of rain, making the weather feel gloomy. There are around 60 inches of rain each year, which is more than the average rainfall of the US, which is 38 inches.

The chances of earthquakes occurring in Stuart are lower than the average percentage of cases in the US. However, the city has experienced 19 hurricanes, and the citizens of Stuart follow the hurricane guidelines during hurricane season, which begins on the 1st of June.

Stuart is not the safest place to live in the state of Florida. With the crime rates increasing in the city, it is important to remain cautious. There are 61% of cities that are safer than Stuart, which falls in the 39th percentile of safety.

The cost of real estate has increased by 8.9%, and the average price of a house in Stuart is around $392,000. This is quite expensive compared to real estate prices in other cities in Florida, and it is more than the country’s average.

Stuart, Florida, is a sunny and beautiful place to live. This city has several pros, making it an excellent option to live in. These critical factors include the city’s lifestyle, cost of living, job market, and more.

However, this city has a few cons that you must consider to ensure Stuart is the right place for you. A few of these cons include this city’s crime rate, safety, and health insurance prices.

Similar Cities To Read About: