Popularly known as the Lone Star State, Texas is a dynamic state bursting with diversity. Its story began in the year 1519 when Spanish conquistadors began settling in the region that was populated by numerous tribal cultures. 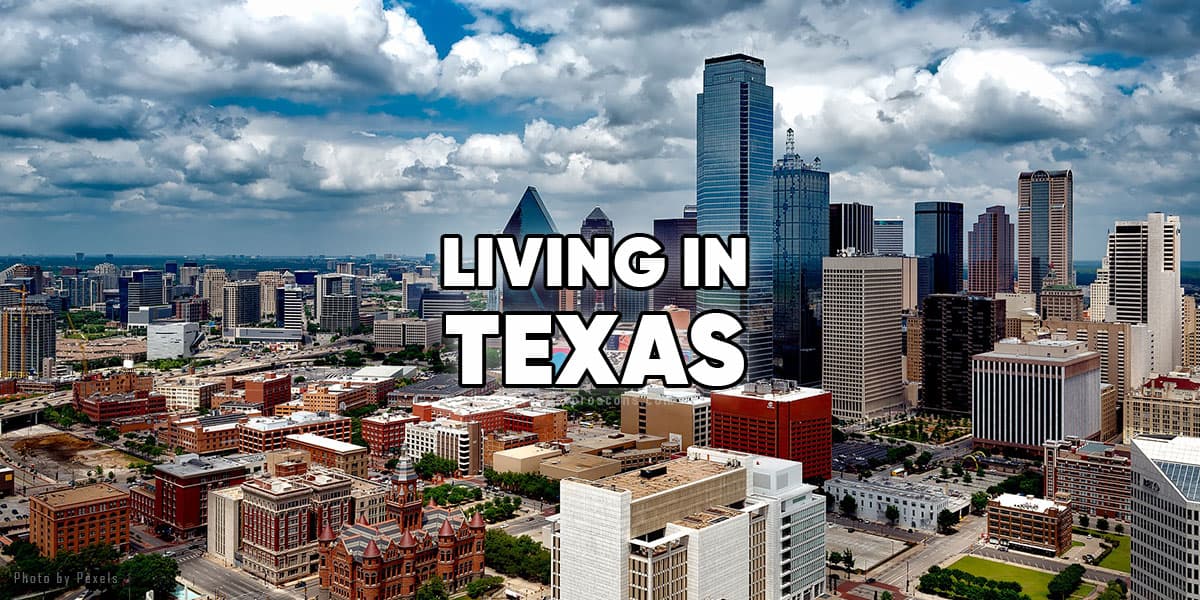 Since then, people have been loving what Texas has to offer and today, it is the second populous state in the United States.

Texas is the only state that entered the United States by treaty instead of territorial annexation. Flags of six different countries(Spain, France, Mexico, Republic of Texas, Confederate States, and the United States) have flown over it and it was even an independent nation from 1836 to 1845.

Driven by factors including the weather, the economy, numerous opportunities, the vast land, and the welcoming environment, people move to Texas from all over the country, and the world. But before you decide to move here too, let’s break down the pros and cons of living in Texas.

Pros of Living in Texas

There is a lot of employment opportunities within Texas. Texas has a strong economy whose growth creates a lot of new job openings. There are several cities in the state which make Texas one of the best places for employment in the United States. Among them, Dallas, Austin, and Garland are the most notes ones.

Being a large state, Texas offers a variety of climate. And if your idea of beautiful weather is more warm sunny days, then Texas may be for you. Warmer weather is attracting a lot of retirees. While most other places remain freezing throughout winter, Texas enjoys relatively temperate weather during this season.

All states must collect certain taxes and fees to fund services, but in Texas, it’s much lower. The Lone Star State doesn’t collect income tax. Though you will pay a higher sales tax rate in the state compared to others, the maximum combined rate is only 8.25% and most households discover that they can save more of their money each year after moving to Texas because of the lower overall tax burden.

5. Both Urban and Rural Areas

Texas harbors several of the fastest-growing cities in the United States. You will find cities like Dallas, Houston, San Antonio, and Austin that will help everyone begin to feel right at home from day one.

You will also discover that not everything is bigger in Texas; some small towns and countrysides are available in the state in case you prefer a quiet environment.

Texas tends to be popular with families. Its good value housing could be a reason. Some of its cities even have a higher number of children than average. Besides, San Antonio is home to the largest number of gay parents in the US. The schools are pretty good, there is access to family-friendly activities and the mortgage is reasonable so it isn’t surprising that families love Texas.

Cons of Living in Texas

In Texas, the quality of health care is lower than it is in most other states according to the US Health and Human Services Agency on Research and Healthcare Quality. This may come as more of a concern to retired people or those with existing health issues, than to the young healthy ones.

Normally only large hurricanes make the national headlines but even the smaller ones can dramatically impact lives every year. So you must carry a separate insurance policy to protect your property from the flood damage that hurricanes may cause, which leads to higher annual costs.

Since 2015, the rate of violent crime in Texas has been climbing up. Meanwhile, the ratio of police officers to the total population has been decreasing. Statistics from the Federal Bureau of Investigation show that there are only 1.5 police officers for every 1,000 people who are living in the state. In 2016, there were two officers for every 1,000 people.

While Texas offers a variety of climate, the heat and humidity can be too much to deal with for some people. Texas is closer to the equator than most others in the US so moving here means you’ll have to put up with the higher temperatures and sticky weather throughout the entire season.

By now you probably know that Texas is huge. If you were to travel from Houston to El Paso, then the driving trip will take you over 740 miles, and you would end up being in a different time zone at the end of your journey. That’s over 10 hours of driving while still being in the same state – and that is on the most direct route. So you can imagine how hectic the travels are.

Most states deal with traffic congestion while Texas deals with traffic collisions. According to information published by the Houston Chronicle, about 10 people die every day using the transportation systems in the state. This is more than any other place in the states. Drivers usually travel at high rates of speed which increases the chances of accidents. In 2017, over 3,700 people died, with another 17,500 people suffering life-changing incapacitating injuries.

Texas is a great state to call home, especially if you are raising a family. However, there is an element that can either be an advantage or disadvantage; open gun culture.

Open gun is quite common here, more so in the rural areas and the people here are fiercely independent and unafraid to say so. If the presence of guns makes you uncomfortable this issue will likely be a downside for you.

The bottom line is, like every other place, Texas has its ups and downs. If you enjoy diversity, bright skies, beaches, and modern cities, Texas could be the perfect place for you to settle down. Besides, the people here are amazingly friendly; the state motto itself is” friendship”.