The concept of socialism has been around since the 19th century, as a result of injustice faced due to capitalism. While capitalism strongly supports private ownership and is unconcerned about equity, socialism claims otherwise. 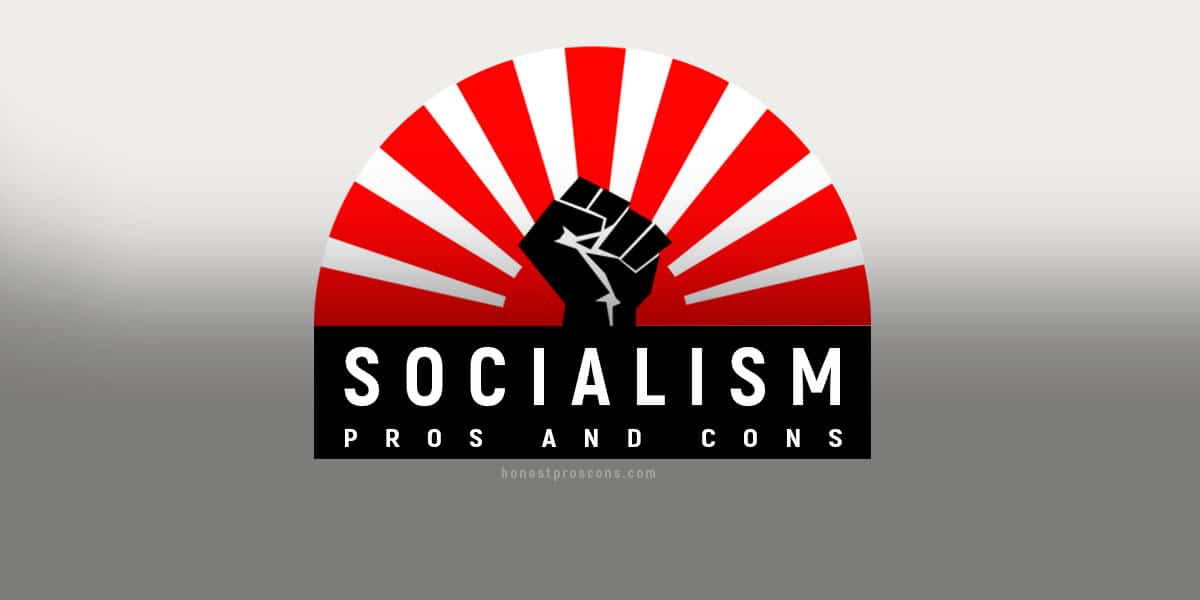 It advocates for common ownership, classless society and redistribution of resources in a more egalitarian way.

Contrary to popular belief, socialism allows you to own your personal items. It just doesn’t support the idea of private ownership of means of production including factories, raw materials or public sector utilities. Socialism believes that since people are involved in the process of making products, they are entitled to a share on it, depending on how much they have contributed.

Although they have different approaches, they all center towards the concept of socialism but this has its pros and cons. In this article, we take a deeper look at the advantages and disadvantages socialism brings :

In a socialist society, a certain amount of income is provided even for the unemployed or sick which reduces poverty and maintains a basic living standard. In the case of capitalism, the richer people tend to get richer while the poorer have a hard time updating their economic status.

Socialism curbs this issue by the provision of a fair share of the produced goods and progressive taxation. Progressive taxation means the higher your income, the higher the amount of taxes you’ll have to pay. And this money can be utilized to bring changes in society.

2. Provision of Health Care and Education

Socialism entitles everyone to good health care and education, improving the standard of living. And over a course of time, it improves the productivity of people and economic development.

A report by CNBC (2019) stated that every year in the US, roughly 530,000 families turn to bankruptcy due to medical bills. Also, the education system is costly and as a result, numerous children aren’t able to go to school.

A socialist society cuts down the extreme medical and education bills to an affordable price. So, people of every economic standard can access the facilities.

The purpose of a socialist society is to create a harmonious environment where racism, sexism or any sort of discrimination don’t exist. As socialism promotes community ownership, it eliminates preferences based on your status or the net worth.

The core tenet of socialism is the public ownership of the produced goods, meaning the companies work for the benefit of the public rather than for the shareholder’s profit.

Nationalization of industries like transportation, electricity means the workers can be more involved and the overall profit can be utilized for the nation. The motive is to use the product for the welfare of the society rather than for an investor’s profit.

Despite the theoretical advantages of a socialist society, the application of socialism brings disadvantages as well.

Even though providing free services to people, makes their life easier some individuals claim that it eliminates competition amongst people. A good competition maintains enthusiasm and commitment to worker’s results, uplifting the economy of the country.

However, with everyone getting a fair share of the production, the entrepreneurs and businessmen hesitate to open a business. Thus, the nation’s economic development will be relatively slower.

2. The Government Will Have More Power

People against socialism argue that a socialist society provides the state or the government with the utmost power. This means that they get to control the facilities and services given to the citizens but the public won’t be able to voice their opinions. The government will end up controlling every aspect of our life.

With the government and political parties in charge of making decisions, you will have to deal more bureaucracy. Every action must be approved by the authorities this means that everyone will have to follow long standard procedures to get things done.

On top of this, implementing services will take relatively longer and in cases of emergencies, there may be not enough resources to get the desired output. However, this also provides much more safety since the government will put more effort into verifying the request.

The government has the authority to use the taxes on their preferred projects and interests, this may lead to them spending unnecessary amounts of money. Also, state-based companies will have low motivation and interest compared to privately owned businesses. So, it will require more amount of money to produce goods and for maintenance. The money which could have been utilized for the community development gets lost.

To recapitulate, the ideology of socialism believes in bringing equality in the nation by eliminating any sort of division amongst people. Socialism partly exists in our society but an absolute socialist society might be difficult to live in.

Like every form of government, socialism has its advantages and disadvantages. The government authorities and the citizens should try to eliminate the drawbacks and focus on its positive outcomes.