In today’s world, coding is an essential skill. QBasic stands for Quick Beginners All-Purpose Symbolic Instruction Code which was developed in 1991 by Microsoft Corporation. It is considered one of the simplest programming languages for beginners to learn. In addition, it is ideal for both mathematical and business problem solving and the majority of microcomputers have implemented this. 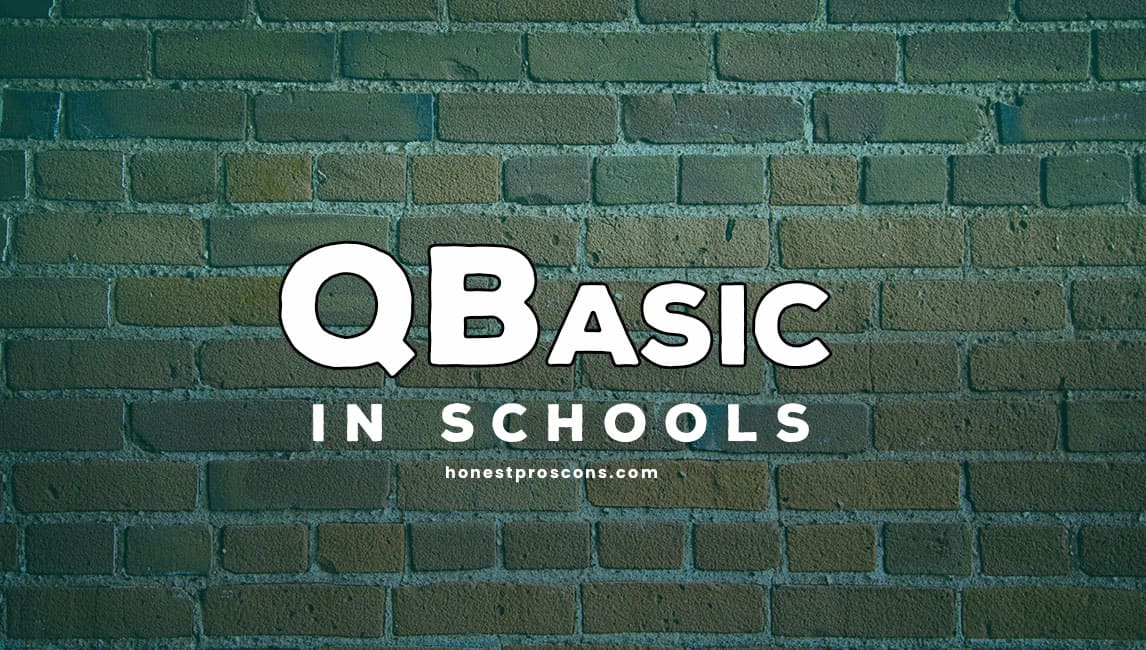 QBASIC is a substitution of the GWBASIC i.e. Greg Whitten BASIC. This was based on the Quick BASIC 4.5 compiler. QBASIC is only congruent with the MS-DOS Windows environment, which usually contains two files: QBASIC.EXE and QBASIC.HLP. These two files help us test, modify, and execute code in the DOS setup. QBASIC produces a file with the .bas extension, not with a .exe extension.

As QBasic is open-source software, it can be used for free. Furthermore, the QBASIC window is divided into two parts: a program window and an immediate window. A program window is where people are able to write/edit their codes.

By default, the window is named ‘ Untitled, ‘ which can be changed if the user saves the program to a disk. Whereas, the immediate window is used as a debugging tool where you can see the outputs of each single command line.

QBASIC is the language ideally adapted for the beginners. This introduces people to programming without thinking about the computer’s inner workings. QBASIC is very simple and easy to use to create business applications, to create games and even simple databases.

It offers commands such as asset, circle, line and so on which the programmer can draw using QBASIC. Hence, graphics can be produced with QBASIC as well. QBASIC also supports generating the desired frequency of sounds through your PC speakers. Though it is possible to play only one sound at a time.

Here is a list of pros and cons to including QBASIC programming in schools:

Pros of Teaching QBasic in Schools

This language of programming is very basic, and easy to learn. It also provides built-in support; you can both copy and paste / then, RUN with code examples; so you don’t have to buy a book / or use the internet to find support.

One who has never even seen a computer bef0re is able to open QBASIC and start playing around. Within just a few weeks, he/she will have easy games of text to show for it. This may also be valid in other languages, but QBASIC simplifies the function considerably.

For example, PRINT “HELLO WORLD” includes everything you require. In other programming languages you need to include files for each task, and so on. So, it really is “basic” in Q-Basic.

This programming language is FREE and is available on all Windows 95/98 CD ROM disks, and can also be accessed freely over the internet. Thousands of websites are readily available on the internet (try to scan for websites with other languages and get dry).

So, it would not cost extra for the schools to add QBASIC programming in their course and at the same time, the students can gain knowledge.

It is a highly ‘ compact ‘ programming language that fits into a single disk drive of 3 & 1/2 inches. So, you don’t really need to have Lots of disk space available; before you worry about both downloading and using it.

It is an upgraded/and is, therefore ‘ modern-day ‘ version of the old programming language of BASIC; thus, it doesn’t need to use stuff like REM, GOSUB/RETURN, Line numbers/GOTO Row, etc.

On the other hand, QBASIC is also intended to be compatible backward with old BASIC’s. Thus, it is practically possible to write old BASIC style programs inside the QBASIC IDE (Integrated Development Environment) and still get these older programs to function properly. This means that you can type in/run/test old basic codes and also learn from these examples of programming.

QBasic is the ‘ foundation ‘ language used instead of the modern Microsoft BASIC languages such as Visual BASIC, VBA / Visual BASIC, VBScript, VB.NET, -etc. What this really means is once you’ve already gone and learned how to write code effectively using QBASIC, then you’ll find yourself able to go and work on both ‘ old BASIC ‘ and ‘ new BASIC ‘ versions of the programming language. Knowing it also allows students to grasp both old and new programming methods.

With QBASIC, however, you are actually focused on how to use pure QBASIC code on your own which makes learning that much faster because there are many fewer things to learn. It also helps young people get into the world of computer technology.

QBASIC is fun to go with, and learn. In reality, just like any other programming language. Essentially it is a highly ‘ creative ‘ endeavor. So, once the children understand how to use the language then they wouldn’t have to copy and write down the code from other children; they’ll find themselves talking about programs they’d like to build by their own.

8. Prepares Students for a Future in Programing

Learning programming from QBASIC; can also teach you a lot about knowing and using certain programming languages that are not related to BASIC at all.

After some time, students would be able to see almost every other programming language, be it Pascal, C, C++, Javascript, Java, etc. and be able to understand stuff like variables/loops/selection/functions/ and more, etc. instantly.

Cons of Teaching QBasic in Schools

There are not many disadvantages of teaching QBASIC in schools as compared to the advantages. But, here are some that can be considered.

QBASIC is not a well-structured programming language. This language system uses unstructured hops to the labels or addresses of instructions. Typically, the lines are numbered, or may have labels: this helps the execution flow to jump to any line in the program.

No executable file(.exe) is created by QBASIC, the files are saved in the. BAS extension. As it included a smaller subset of Quick BASIC commands it does not allow the development of executable programs.

In order to run the QBASIC bas files in a32 or 64 bit PCs, an editor named QB64 needs to be installed. QB64 is a basic compatible editor and a C++ emitter generating working executable files from QBASIC bas files that can be run on 32 or 64-bit PCs using Windows XP to 10, Mac OS, or Linux.

QBasic is an IDE in DOS format, shipped with MS-DOS -starting version 5.0 and Windows 95, 98, NT and ME-. It is part of the second generation of basic languages with standardized programming methods, subroutines, line labels, while loops, and user-defined structures.

In conclusion, QBASIC offers a framework for organized programming, with a focus on problem-solving techniques. It includes computer programming basics such as inputs, decision structures, and loop structures. The book is designed and compatible with the IBM-PC.

So, QBASIC may be a very good release pad closer to going and learning to use different programming languages. The reason why students should be taught QBASIC in schools, to begin with, is because it’s simple.