A Universal Basic Income (UBI) is an unconditional cash payment given at regular intervals by the government to all residents, regardless of their earnings or employment status. It is also called a citizen’s income, guaranteed minimum income, or basic income. 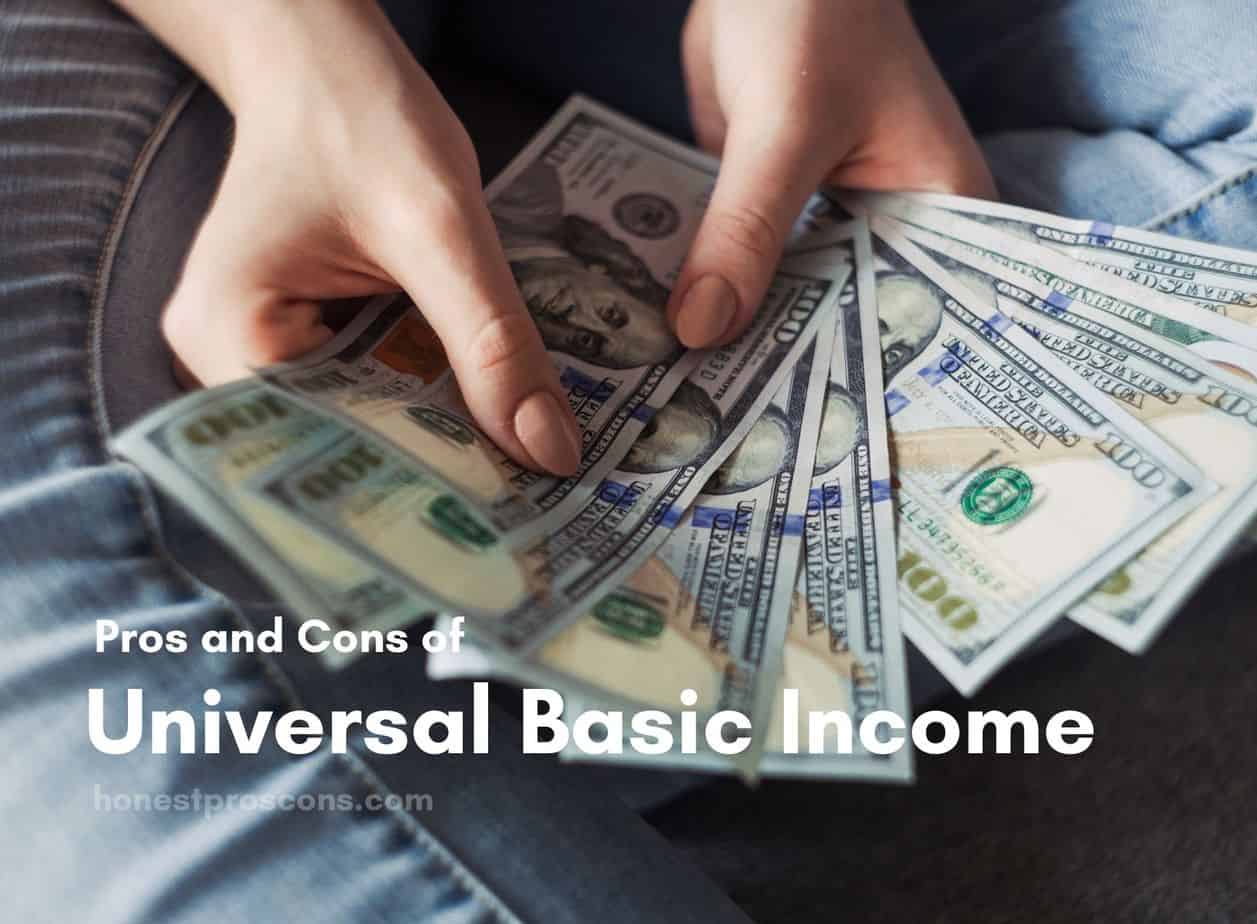 The intention behind the payment is to provide enough to cover the basic cost of living and provide financial security. The concept is also seen as a way to offset job losses caused by technology. In times of crisis, a UBI can also provide a social safety net with minimum admin costs.

Different programs outline who exactly receives the income—some state that all citizens would get it regardless of what they make, while other programs may only give it to those who fall below the poverty line.

A universal basic income has three key components. It is universal – no citizen is excluded. Everyone gets the same assistance, irrespective of their gender, wealth, age, or occupation. It is unconditional, that is, the transfer is done without any per-condition which means the recipient does not have to perform any task to be eligible for the income. It is direct – money reaches the targeted beneficiary directly, without the involvement of any middleman.

Currently, no country has a UBI in place, although there have been (and still are) several small-scale pilots and a few larger-scale experiences. Only two countries—Mongolia and the Islamic Republic of Iran—had a national UBI in place for a short period.

Automation has fundamentally changed the structure of the world’s economy. Elon Musk, a great entrepreneur, said , robotics will take away most people’s jobs, so a universal income is the only solution. Here are some of the pros and cons of UBI:

A UBI is a program to be delivered in cash, unconditionally, and to everyone. Namibia’s UBI program, the Basic Income Grant (trialed in 2007-2012), reduced household poverty rates from 76% of residents before the trial started to 37% after one year. Child malnutrition rates also fell from 42% to 17% in six months. Advocates for UBI believe that in some of the richest countries in the world, no one should be too poor to live. UBI would bring everyone’s income above the poverty line. It gives people enough money for their basic needs and necessities.

With advanced technology taking over more and more blue and white-collar jobs, UBI would act as a sort of security net for the millions of people who will be left jobless by the tech revolution. The concept of UBI is also seen as a way to offset job losses caused by technology. Some people argue that a universal basic income gives people the incentive to do the jobs that they want to do and not the ones that they have to do. Also, workers could afford to wait for a better job or better wages.

Under existing arrangements, people may see their welfare payments reduced if they find work, gain promotion, work more hours, or gain better-paid work. People find themselves in a poverty trap — a poverty trap that has been created by the same system that is supposed to be helping them out of poverty. Under a Basic Income system, however, people will no longer be penalized for finding work or working harder. Finding work or increasing their hours won’t result in any reduction in their Basic Income payments.

Many of the jobs that we take for granted today are going to be gone in the future due to artificial intelligence, robotics, and other technology. People will be able to know that they will have enough money to meet their fundamental needs, even though their circumstances may change quite substantially. In times of crisis, a UBI can also provide a social safety net with minimum admin costs. Basic financial security would mean a great deal to a lot of people.

UBI guarantees an income for non-working parents and caregivers, thus empowering important unpaid roles, especially for women. Those who suffer domestic abuse, mainly women, become trapped in violent situations because they don’t have the means to leave them. UBI would make leaving an abusive partner easier from a financial point of view.

Somebody who wishes to work on new business ideas could use UBI income to support their initiative. Even the most successful businesses often had a tough time making a decent profit in their early years. But to have a dynamic, enterprising economy, we need people to be able to take risks involved in starting a new business. And UBI would enable more people to take those risks.

The biggest concern is that UBI would encourage millions of workers to stop working. If people aren’t working, there is less taxable income. The problem here is that people will get money without doing anything. It may encourage people to be lazy and live off benefits. Free income may not incentivize people to get jobs, and could make work seem optional.

If people get money without doing anything, it may encourage people to be lazy. Some people may choose to work part-time instead of full-time. Others may leave the labor force for years when they would have otherwise worked. If people transition away from full-time work, the economy would suffer. UBI has the potential to directly decrease the growth of the economy, namely GDP growth, through reductions to labor force participation.

The best argument against UBI is its feasibility. UBI has been seen as a flawed idea, not least because it would be prohibitively expensive unless accompanied by deep cuts to the rest of the safety net. Sacrificing all other social programs for the sake of a UBI is a terrible idea. According to a study, the cost of implementing UBI in the United States is estimated to be about 3.9 trillion per year. The figure varies depending on whether children are included and at what benefit level. So, UBI is either very expensive or very stingy.

Is it necessary to give the same amount of money to billionaires as those born into poverty? Universal Basic Income (UBI) takes money from the poor and gives it to everyone, increasing poverty and depriving the poor of needed targeted support. UBI’s are less cost-effective than targeted welfare programs because many people lack more than just cash. Some proponents have suggested UBI could be restricted to certain populations and only allowed for those who are below the poverty line.

There is a question, what gets cut to fund UBI? The answer is, the cost of a universal basic income will have to be met through higher taxes. That will lead to higher taxes to be able to pay for the benefits. That would increase poverty and inequality rather than reduce them. If everyone suddenly received a basic income, it would create inflation. Inflation will get triggered because of the increase in demand for goods and services. There won’t be an increased standard of living in the long run because of inflated prices.

The concept of UBI has been under debate for some years in global forums. The main advantage is that ensures a minimum standard of income for everyone – without any costs. Opponents of UBI say that it does not reduce poverty, that it deprives the poor of needed targeted support, provides a disincentive to work, and weakens the economy. The idea of a UBI is not perfect. Each country would have to assess the plausibility of its implementation in the context of their abilities.