Abortion is the process where the pregnancy is ended either by medical procedure or one that happens accidentally which is called a miscarriage. Abortion is sometimes known as a termination. 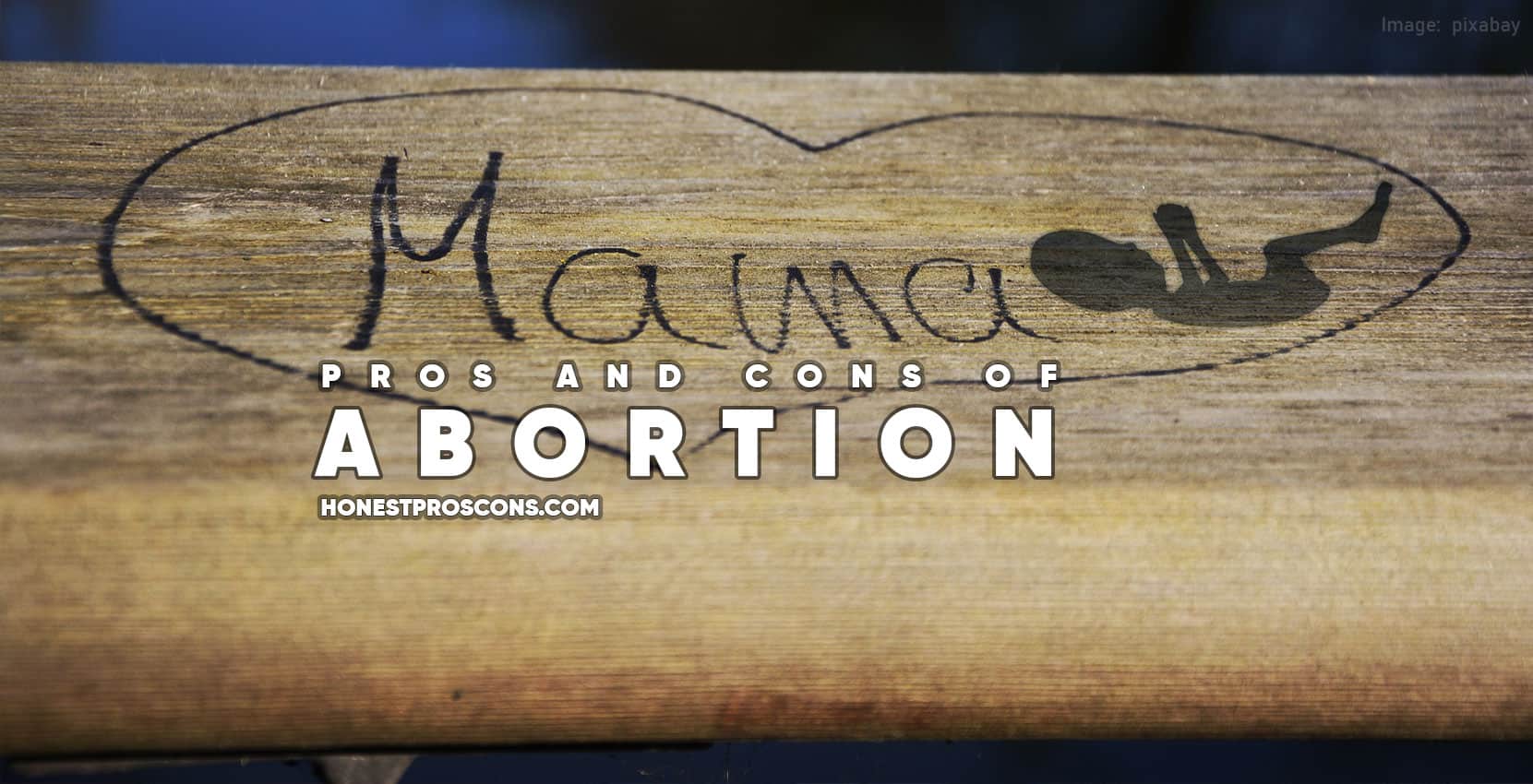 One of three women will have an abortion in their lifetime. When safely done abortion is one of the safest procedures in medicine but unsafe abortion is a major cause of maternal death.

The decision of abortion has to be taken alone by women. All those women should be allowed to discuss their options and choices with, and receive support from family, friends, or a trained pregnancy counselor.

The availability of abortion is an important right for a woman to have. From the statistical point of view abortion caused by rape, incest and possible health problem concerning baby and mother is justified. But there are more other causes for the rest of the abortions carried out.

Half the women getting an abortion are below the age of 25. The abortions carried out on unmarried women are 60%. Whatever the decision might be to abort, keep the baby or give it up for adoption this can lead to depression or post-abortion trauma. Getting knowledge of both the advantages and disadvantages of abortion will help you make the decisions.

The abortion pill has increased the number of abortions in women which prevents surgical procedure and complications. The right given to women to raise the children whenever she is ready is good for both and has secured the life of many illegal abortions victims. The pros of abortions are stated below.

This process is carried out within the first trimester of pregnancy. The procedure includes few medical risks most of them when performed early in the pregnancy. Every year thousands of abortions are being completed successfully. Abortion doesn’t affect women’s health or risk her ability to give birth.

According to the research made by Obstetrics and Gynecology article, the risk of maternal injury and death are real where abortion is illegal. The unsafe procedure used in the past lead to many complications and psychological disorders. But after the legalization, the death rate has been declining year by year. Now women can go to the doctor without hesitation and have her abortion safely in a healthy manner.

When the unwanted child is born, the mother is adversely affected more than the baby. If the women are ready to bear a child, she would raise in a positive environment, keeping them far away from crime. But when the child is unwanted the probability of dumping the child on the street or orphanage is high. After the legalization of abortion, the crime rate has gone down and is been dropping.

The world population is estimated to be around 9 billion by 2050. This would harm human civilization leading to malnutrition, starvation, poverty, lack of medical and educational service, underdevelopment, conflict over resources. When there are still 50 million abortions performed worldwide each year, imagine what the population would be without it.

The complications during pregnancy, delivering baby, parenting them and future of both the mother and baby all this responsibility bearer is women herself. So, when there is unwanted or abnormal pregnancy then women can decide the right time for pregnancy and abortion. It helps maintain physical and mental health and builds confidence in women.

Some pregnancy has the complication, where the life of the mother has to be compromised. It has been noticed in women suffering from various dangerous medical conditions like heart disease, severe diabetes, and hypertension, etc. who bearly cope with the difficulties of pregnancy are fighting with deaths. In these life-threatening situations, abortion helps to avoid serious medical complications which might affect the future of the mother and the baby.

The difference between the woman who has the right to do abortion and on the other hand woman who cannot abort is the birth of an unwanted and unintended child which will be stressful for any woman. This pressure and an immense load of responsibility will lead to a mental health problem that has been dealt with abortion. Abortion minimizes the risk of mental health problems.

Abortion helps to avoid psychosocial and financial burdens in the future. The disrupted household and domestic violence could cause a bad impression on your child and hamper your impression in the neighborhood. Bearing the child comes with responsibility, health, education, food which requires a stable financial approach. The reason for abortion given by many women is to avoid the financial burden.

9. Eliminates the Risk of Giving Birth to Challenged Babies

When the baby is diagnosed with severe health challenges and birth defects or death shortly after delivery. It will be challenging for parents to raise their children or the child will face many health difficulties in the future. In this situation, abortion seems to be the solution for the baby as well as parents. After the confirmation, it is better to abort the baby.

Abortions should be performed early in the stage of pregnancy to avoid the consequences. There are side effects after the procedure in every woman which is already informed to the patient. Lack of knowledge also leads to unsafe procedures and result in death.

It’s important to keep in mind that these potential abortion problems should not necessarily be considered reasons not to have an abortion; they are just the realistic cons about abortion that every woman should be aware of when she’s deciding how to move forward with an unplanned pregnancy. The cons of abortions are listed down one by one.

Abortion is the procedure that includes the internal treatment of your body just like other treatments. It is safe, but some side effects like pain, discomfort, bleeding, are normal to happen, and injury to internal organs or reactions to the medication are the rare cases. Make sure you consult the doctors about side effects as well as procedures.

The medical procedure of abortion is expensive. It ranges from $500 to several thousand dollars, and even if you have health insurance, insurance won’t cover your expenses. 55% of women delayed their abortion due to financial problems.

3. Decision Should be Taken Early

Abortions are much safer and successful in the first trimester because complications might appear if performed in a later stage. This means you must be aware of your unplanned pregnancy early and make the decision in the first few months. The time limit rushes women to decide that she might regret it.

Still in some places in the U.S. finding a place that is safe and feasible for getting an abortion is difficult. The problems may be the harassment or restriction on abortion providers or clinics. This can delay your abortion by crossing the limit of the trimester.

The groups like National Right to Life Committee, the Pro-Life Action League, Priests for Life threatens the abortion clinics and services via phone calls and other anti-abortion activities. Some women are forced to face such harsh criticism from society as well as friends and family. Forcing them to perform unsafe abortion procedures which hampers their health.

6. Using as a contraceptive method

Misconception has been rising among women for a couple of years. After the legalization of abortion, many women have been using it as a contraceptive method. They were using abortion as a birth control method, a crude and drastic sort of insurance policy. The research during 2014 showed 10 % of women had two or more previous abortions and 45% of them at least had one previous abortion.

If women gave birth to unwanted babies they can let the people who can’t conceive have the opportunity. The adoption rate of infants in the U.S. dropped from 80,000 to 15,000 in 2014 and around 2 million Americans are seeking to adopt children. This is preventing the opportunity of parenthood from the parents who couldn’t bear their baby.

Legal abortion always has been a controversial and heated topic. Your decision will grab the attention of the public about the right of all versus the right of your unborn child. It will be hard for you to convince all the people in the society about the controversy. 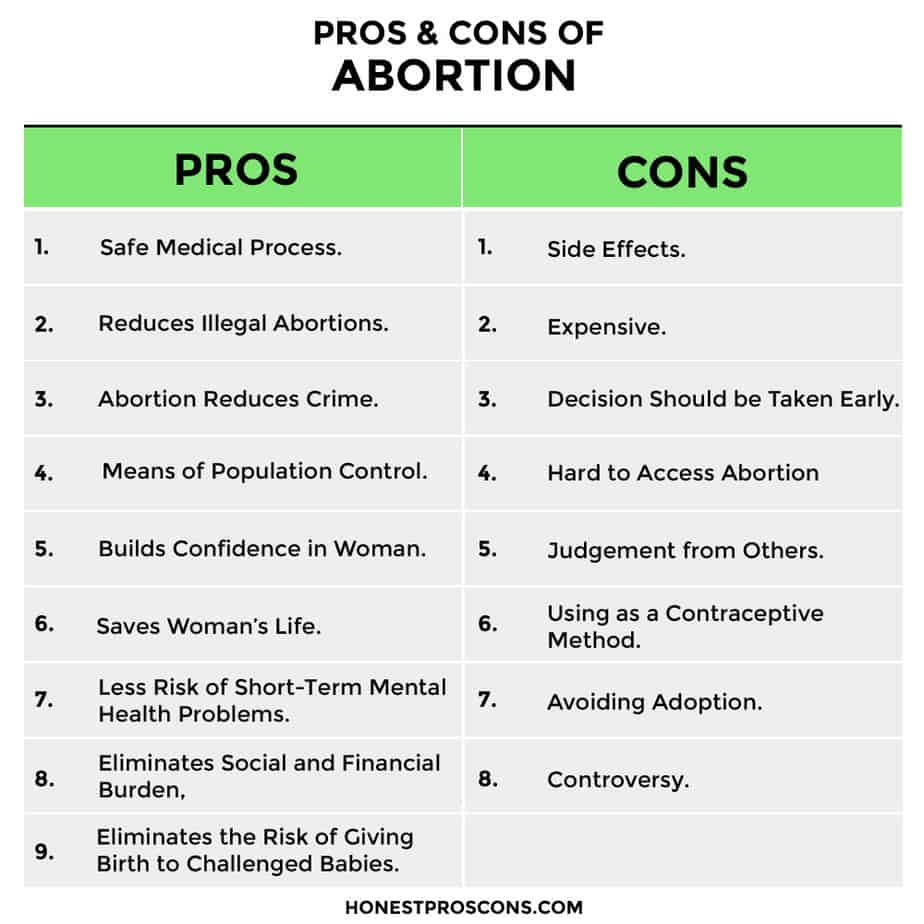