Sony PlayStation is a leading game console in the market, offering some of the best products in the world. The Sony PlayStation PS4 comes with a vast library of games, a polished controller, and a console that delivers incredible gaming power and HDR technology.

Gamers can stream HD media on the PS4 to enjoy non-stop entertainment and play games online and connect with millions of players around the globe. 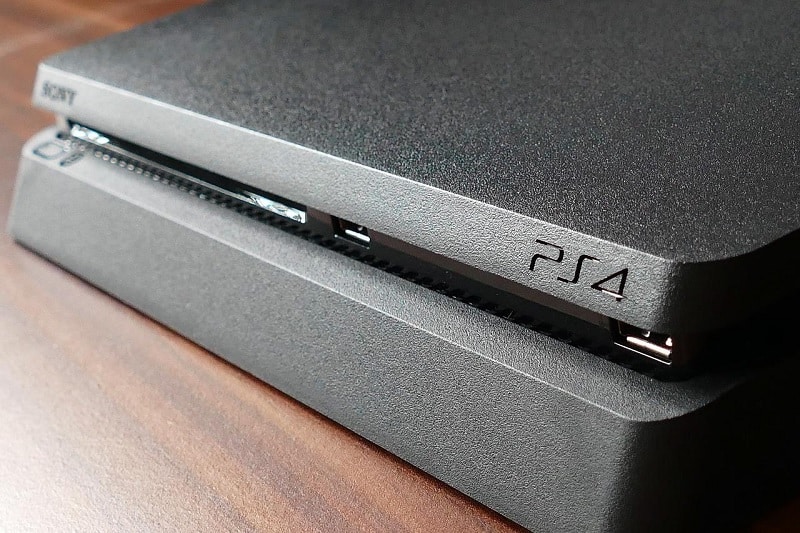 The PS4 offers multiple games, a variety of accessories, and a range of multimedia options. These serve as the focal point of your home entertainment setup.

In this article, we will uncover the PS4’s pros and cons, to help you decide whether it is the right gaming console for you.

Pros and cons of the PS4 at a glance

Pros of the PS4

Let’s take a more in-depth look at each of the PS4 pros to help you determine whether it meets your requirements.

The PS4 has an extensive GPU, which effectively increases the performance of the console. This can launch games operating at 1080p.

The DualShock 4 controller features a touch screen and a share button. This makes it easier to handle the controller and supports in-game play live-streamed to friends.

The PlayStation 4 is the most refined game console that Sony has ever created. The controller has a multipurpose design and provides the smartest updates a gamepad has seen in years.

You can even customize your controller according to your needs at an additional cost through third-party companies.

The PS4 console is designed for gaming PCs. It features an 8-core, 64-bit AMD Jaguar processor, 8GB of RAM, and AMD Radeon-based graphics. These processes work together to give you a high-quality, vibrant gaming experience. The PS4 delivers the best graphical performance of any console.

The PS4 controller supports media playback up to 4K resolution, even though gaming is restricted to 1080p. You can plug your console into your TV using the HDMI cable.

PS Plus online multiplayer allows you to play with friends, compete in online tournaments, and connect with online gamers throughout the world.

Gamers also get exclusive member discounts on selected games, add-ons, pre-orders, and much more from the PlayStation store. You can enjoy promotional prices, first access to demos, beta trials, and exclusive rewards.

Connect with other players

The PS4 is built to be used on the PlayStation Network. The gaming console offers amazing online features like voice chat, creating parties, online multiplayer gaming, and messaging for online players.

You can stream games from your PS4 to any compatible device via your WiFi network to enjoy remote play. Compatible devices include iOs or Android devices, Macs, PCs, and PlayStation Vita.

The share button feature allows you to capture in-game videos and share these screenshots with friends through the PlayStation Network, social media, or using Twitch. Share Play allows you to invite a friend to play your games or join multiplayer tournaments, even if they don’t have the game.

Sony has built the PS4 to be a family-friendly gaming console. It has an array of games suitable for all ages and has versatile parental controls to give parents peace of mind. The parental controls allow parents to tailor what each child can access on their console and limit how long they can play per day.

The majority of PlayStation content contains age ratings created by independent rating bodies. These ratings serve to guide parents as to what content is appropriate for their children.

PlayStation enhances its safety through its strict Code of Conduct policy and ground rules. All content is moderated, and reports of misconduct are handled seriously.

Related: What are the pros and cons of the PS5?

Cons of the PS4

After taking a look at the benefits of the PS4, let’s delve a little deeper into some of its cons so that you can decide whether it is the right console for you.

The PS4 does not support PS3 game discs or any other previous PlayStation consoles. It is not compatible with the PS3 accessories such as the read-only Blu-ray drive, which also supports DVD discs. The PS, PS2, PS3, and PS4 have different built-in systems, which is why the PS4 is unable to support older gaming consoles.

The PS4 also does not support PC streaming, support media servers, or third-party services such as PlayOn. You will not be able to stream audio or video content to the PS4 from your home media server.

The PS4 limits how much footage you can record for gameplay. You can only record the last fifteen minutes of the game you are currently playing.

Your gaming footage can only be shared via Facebook and no other social media platforms or networks, which is very restricting. You will also not be able to copy your gameplay footage to your PC to edit or add narration.

Unfortunately, the PS4 also does not support audio discs like CDs, MP3, and SACDs. To listen to music on your PS4, you must subscribe to their unlimited cloud-based music service.

The PS4 is not compatible with the Wii Remote next-gen or PS Vita Remote Play. The gaming console also does not support PlayStation Apps on Apple and Android devices.

If you want to play Super Mario 64 next-gen on a PS4, you’ll be disappointed. This game is not available on the PlayStation 4.

Is the PS4 Slim better than the PS4?

If you already have the PS4, then there is no need to upgrade to the PS4 Slim. But if you are buying a new console, then the PS4 Slim is a better option.

Does the regular PS4 look good on a 4K TV?

A 4K TV will not make your PS4 look any better. If you switch on HDR, various aspects of the PS4 will be enhanced and show improved contrast, but the PS4 will only support 1080p.