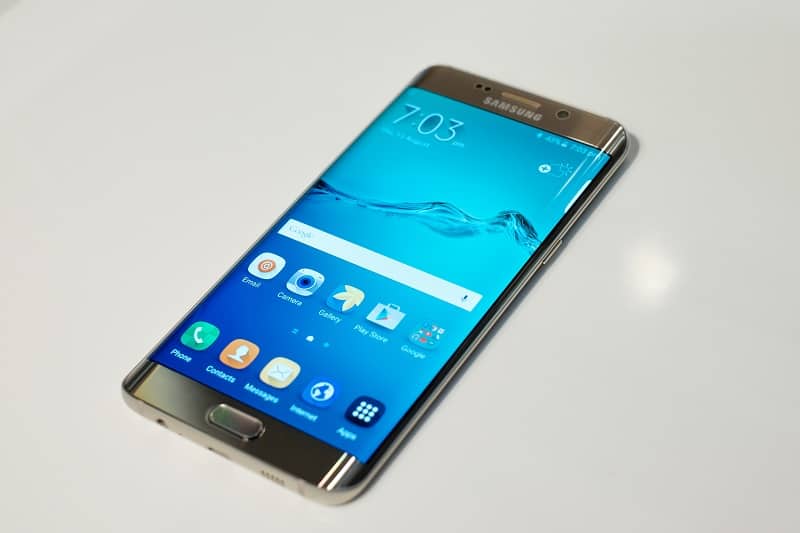 Samsung is well-known all around the world for its smartphones, home electronics, TVs, tablets, and more. Samsung has a wide range of smartphones that have cutting-edge technology that is quite popular. This includes their Galaxy range however, is the Galaxy S6 one of these must-have smartphones? Here is what you need to know about the Samsung Galaxy S6.

Samsung released the Galaxy S6 released in April 2015 which featured its classic Galaxy design and sleek finish. The front and back glass of the phone is made using Gorilla Glass 4 and has an aluminum frame. This smartphone is available in a wide range of colors including Black Sapphire, Gold Platinum, White Pearl, and Green Emerald. The device is compatible with Nano-SIM and is 4G compatible.

The display of the Samsung S6 is SUPER AMOLED which has a resolution pixel density of 577. The display of the phone is protected by Corning Gorilla Glass 4. The smartphone has an Android operating system which started with Android 5.0.2 and then later updated to Android 8.0. This device has three memory options to choose from, this includes 32GB, 64 GB, and 128 GB.

There is a 16MP back camera on the device which features a LED flash, panorama, and HDR. The front camera is 5MP and features Auto HDR and dual video call. The device has a fast-charging 15w battery and is compatible with wireless chargers.

Pros and Cons of Samsung Galaxy S6 at a Glance

Like all Samsung smartphones, the Samsung Galaxy S6 has an Android operating system. The device starts with Android 5.0.2 and then is later updated to Android 8.0. Android is well-known as one of the most user-friendly interfaces on smartphones. Users will be able to easily access and navigate a wide range of features that will allow them to complete tasks on their phones efficiently and effectively.

The Samsung Galaxy S6 was designed with the concept of ‘Beauty Meets Purpose’. This is truly what the design of the device reflects because not only is it sleek but even each of the buttons on the device has been carefully thought out. Keep in mind that users will need quick access to certain buttons like the home button, the device which is placed at the center bottom on the front of the phone.

This smartphone is also quite durable, it is made using aluminum and Gorilla Glass 4. This means that the phone will not simply shatter if it falls, which is one of the main concerns when it comes to smartphones.

In a world that moves very fast, we usually don’t have a lot of time waiting for our smartphones to charge, this is why the fast charging aspect is such a big benefit of this device. Users will now be able to get four hours of battery usage by simply charging their phone for ten minutes.

The Galaxy S6 also has an Ultra Power Saving Mode which aims to conserve the battery life on your device.

The Galaxy S6 has a display resolution of 1440 x 2560 pixels with a 577-pixel density. This device has a Super AMOLED design, which has an integrated touch feature. The Super AMOLED design is well-known for its impressive display features. The display components of the devices result in a vivid and immersive viewing experience for all users of the phone at any time of the day.

The Samsung Galaxy S6 has a water and dust-resistant international rating of IP68. This means that the device will be able to withstand contact with sand, dirt, and dust. The S6 can even be submerged in water with a maximum depth of one and a half meters for up to thirty minutes. This does not mean that your phone is waterproof or dustproof. However, it is an important feature especially if your device accidentally falls into water or has contact with sand.

The Samsung Galaxy S6 features a non-removable Li-Ion 2550 mAh battery which also features fast charging. While this might sound impressive there have been reports that the S6 has poor battery life.

Even though users would be able to fast charge their phones in a few minutes this usually leads to users’ phones only lasting a few hours. Like with most smartphones the battery life of the device seems to also get worse as the devices get older.

One thing Samsung users loved about their smartphones was the ability to add a memory card to their device. This meant users can store multiple files on these cards without facing any storage issues. Unfortunately, this is no longer the case as the S6 does not feature an option to add a memory card.

However, there are three different S6 memory capacity options to choose from. Although this meant users had to pay much more for the S6 with a larger memory capacity.

Even though the Galaxy S6 smartphone has an Octa-Core CPU and Exynos 7420 Octa processor, there have been some reports that the device later showed sluggish performance. This would usually happen while completing multiple tasks on the device, which it should be able to handle.

Users of smartphones expect these devices to be fast and be able to complete a wide range of tasks at once. Unfortunately with the S6 as the device gets older its rate of performance slows down.

One of the common problems that a few Samsung Galaxy S6 users experienced was overheating with their phones. This can be a dangerous problem and once your phone starts overheating this is a sign that it might be time to replace the device.

Problems with the Fingerprint Scanner

While this might not happen with all Galaxy S6 smartphones, another common problem is that users faced issues with their fingerprint scanners. The devices would have problems reading the user’s fingerprints which leads to users being denied access to their phone unless they manually input their passcodes.

While the Samsung Galaxy S6 may have been released in 2015, this device still has quite a few impressive features. A few of the pros of this smartphone are its sleek and durable design, its fast charging and power-saving capabilities, clear display, high camera resolution, and water resistance.

However, there are also a few cons that come with owning a Samsung S6. This includes the device’s poor battery life, screen sensitivity, fixed memory card, slow performance, overheating, and issues with the device’s finger scanner.

Now that you have all the information that you need about the Samsung Galaxy S6 you will be able to decide if this smartphone is the right one for you.

Other Phones to Check Out: