Being rich is not quite what you think it is

We all want to become rich, and we all have a different presumption about what it is like to be rich. Part of it is true, but a lot of the assumptions are incorrect. Here is how rich people feel about their wealth and life. 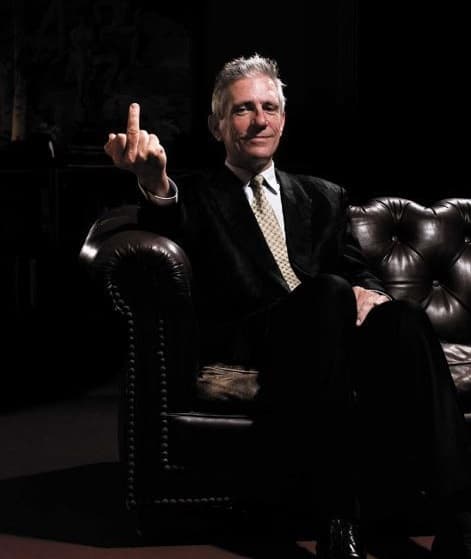 Don’t believe the lies which say that money is not the most important in the world. It is. Sure your health, family and friends are also important, but without money, the quality of them will be much lower. With money, you can buy 99% of everything that exists. It is a universal currency; and you should never forget that.

You will become rich only if it’s your primary goal

Forget the nonsense that says, “do what you love, and the money will follow”. It may be true for the 1% of the rich, but for the rest being rich meant sacrificing every other aspect of their life to become rich. You need to set it as your highest priority. If your primary goal is something else, you will get that, but you won’t become rich. Decide for yourself what is most important for you, but understand that it’s much easier to get all the other things you may want in life when you are rich.

Most millionaires were born in middle-class families. They got the basic covered but still struggled with finances. Most of them were poor for some period of time and only started to make good money in their 30s or 40s. The road to becoming rich has been challenging and dirty. From betrayal to simple human evilness, they have seen it all but still managed to come out as winners.

This is why they’re not going to feel sorry for you if you tell them how hard are you trying to achieve your goals and will not give you alms. No one helped them when they were in the same situation, so they learned to do everything by themselves, and they are not going to demand less from you then what they require from themselves.

Being selfish is not wrong

Life is a battle for limited resources, and in this struggle, some people win, and some people lose. The fact is that nice people are those who tend to lose. Rich people are not nice. They are often rude, selfish and even jerks. This is what made them rich. But don’t get confused. It’s not the rich people who become selfish; it’s selfish who become rich.

Rich people are often viewed as more valuable members of society, but it’s not because people hate the poor; rich people value their lives, health and time more and demand it from others. You cannot expect other people to respect you if you don’t love yourself. While poor people will risk their life and health to earn peanuts, a rich person will rather pay for it, than get their hands dirty.

It’s quite ironic that people who claim that money has not the highest importance for them, are the ones who give away their time and health in order to get a little piece of wealth. And the people who know that money is essential, value their lives and freedom more than cash.

Imagine you always want to buy a Ferrari. Finally, you are rich and can easily afford one. But you don’t purchase it. You are still driving your old car and are totally happy with it. Why?

We do not always really want the things we think we want, but instead, we want the feeling associated with owning those goods. Dreaming about Lamborghini, Rolex, or any other luxury item is often not about actually wanting it but about wanting the lifestyle associated with owning such a thing. When a person becomes rich, he suddenly does not need those items anymore because he is already rich, and one does not need expensive goods to prove obvious.

This is why so many extremely wealthy people may dress up very modestly and generally do not stand out with their appearance. Or, as the tip goes: If you want to find the wealthiest person at the millionaire’s club, go for the one who is the most poorly dressed.

The purpose of life may be lost

In case you made your fortune in a short period of time, e.g. by selling your company. You may feel lost, as you have now achieved your life long dream and have given away your job at the same time. Starting a new business from scratch when you have enough money for the rest of your life does not feel encouraging, so you no longer know what to pursue. And finding a new goal may take some time.

Rich people know the value of money. This is what got them rich. Even if the person is making $5000 per day, he will not pay you $100 for something worth only $20. That is not greediness but common sense. Money has value even if you have a lot of it, and paying for something more than it’s worth, is just stupid. Rich people may be many things, but they are not stupid.

The first stage is to spend money on making your life better. That is buying a car, a house, some other stuff and travelling, in other words, enjoying your wealth. This is why most people want to get rich.

The second stage is much more profound and complicated. It’s about spending your money to change the world in the direction you want. It’s about spread your ideas, sponsoring politicians or organizations and donating money to causes that are important to you. Most wealthy people will never reach this stage. And the second stage will require a lot more funds than the first stage. But the people who do this truly understand what kind of power money possesses. Money is not about buying yachts or private planes; it’s about changing the course of history.

If you can solve a problem with money, it’s not a problem – it’s an expense

When you are rich and dealing with high amounts of assets, you will eventually lose the money. It can reflect by you fighting over a $50 overcharge in a bill when at the same time, you lost half a million that day due to the crash on the market. Ironically you will also care less about losing half a million than about the $50 someone is trying to scam from you.

Not wasting money is even harder than making it

Many people are smart and know how to generate high income, but only a handful of those know how to maintain their wealth. This is why we see so many people that may earn millions but are still broke. Many people who start earning well become blinded by the money and think that they will make more and more forever, which will lead to uncontrolled spending and can eventually bankrupt them.

Some people are not meant to be rich

Being rich is a skill that requires the correct mindset, which is not for everyone. People with a poor mindset can never become rich, until they change the way they think. Even if they happen to win in a lottery, they will eventually waste all their money and become poor again. 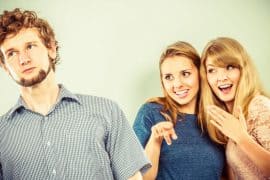 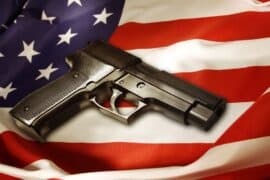 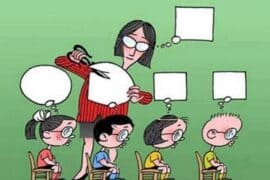 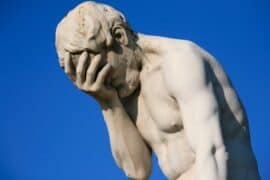 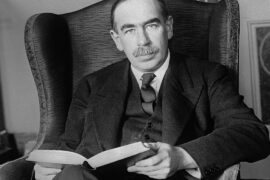 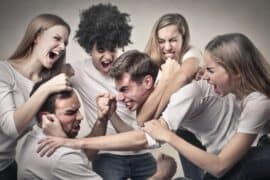