Nobody can deny that technology have eased our life to a large extent. In every aspect of our lives, there is technology involved. While this has made everything easier for us, it also poses a lot of threats. 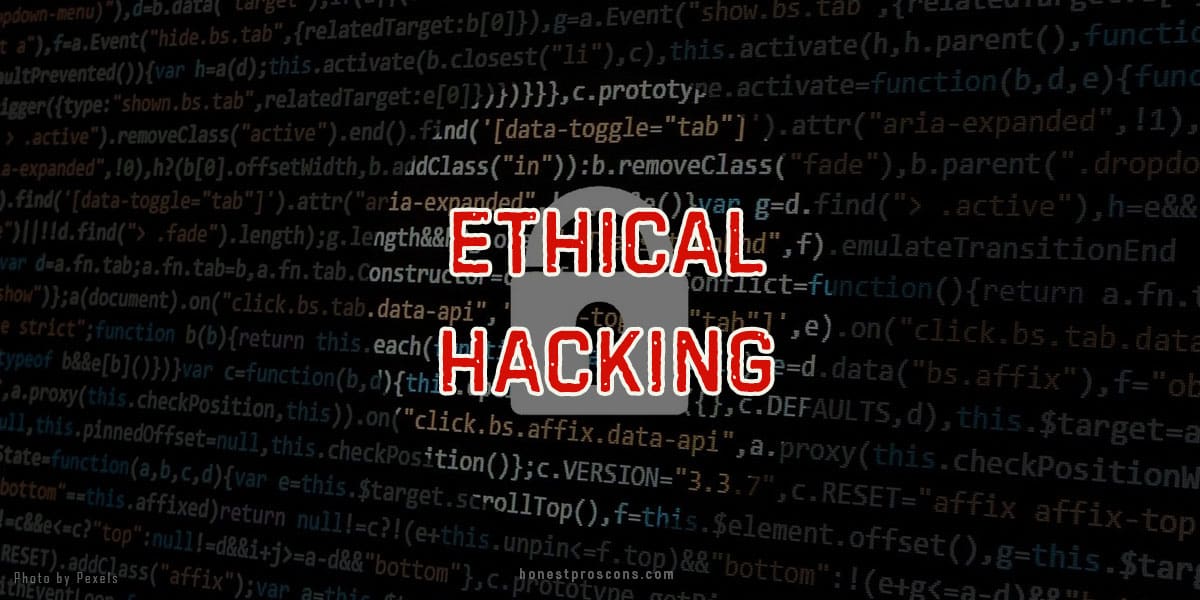 The biggest threat right now is how easy it is to exploit personal information.
When you’re on the Internet, you have a digital footprint.

This can be traced to finding out private and sensitive information about you. It is important to guard this information as an individual, and especially when you are looking at an organization’s information.

Hacking is the process of exploiting vulnerabilities in an organization to cause harm to the organization. It is inevitable that a company will have data and information regarding their clients and the company itself. Hackers find this data valuable because it has the possibility of profiting them in a lot of different ways, but it is illegal and you will get caught.

Ethical hacking, on the other hand, is a different story. It is hacking but it is done in a more controlled, monitored way.

What is Ethical Hacking?

Ethical hacking is the process of getting access to a system in an authorized way. It is usually a way for companies to test their security systems. This makes the hacking process monitored, planned and legal unlike the malicious type of hacking.

Ethical Hacking is also known as penetration testing. As the word suggests, it helps a company determine whether or not their defense system can be penetrated by an outside source to cause harm to the company. This harm can come in the form of exploiting unauthorized data, financial loss or any other major damage that could disrupt the company.

Who Does “Ethical Hacking”?

Any company that owns the system is the one who allows cybersecurity experts to do this testing. A person who does ethical hacking is called an ethical hacker. After the testing, they are responsible for reporting the vulnerabilities and weaknesses of the management.

An ethical hacker has the knowledge and skills required to identify and exploit the vulnerabilities in that system. He has to work under the rules of the organization he is working for and subsequently, the law of the land he is in. He also has permission from the company to do the job.

Why is it Important?

Data and information are extremely valuable resources. Anyone in the world can figure out so much about a person’s life with even just their phone number. Most of the general public fails to recognize how important the protection of information is, especially in this age of technology.

Thanks to the Internet, a simple Google search of a person’s name can pull up all their social media accounts, exposing everything that they have decided to share to the public; their address, their financial status, etc. Imagine if this information falls into the wrong hands. This is just one general example of what access to data can do.

On a larger scale, organizations, in particular, store a lot of information not just about their employees but the whole company’s business including sensitive information like its financial details or confidential data about the company’s new project. If a hacker gets into this data, the results could be disastrous.

An ethical hacker ensures that any vulnerability in the system that is protecting all this data is patched up or is brought to a minimum so that the scale of the damage is reduced.
How to become an ethical hacker?

Ethical Hackers have a range of technical knowledge and skills. They have been discussed below:

Networking– When a hacker exploits an organization, it is almost always through the network. It is essential that the ethical hacker know the network and be able to identify any change in the network.

Database– Since databases store information, they are a prime vulnerability to any organization. It is imperative that the ethical hacker has in-depth knowledge about databases and database management systems such as SQL.

Windows, Linux, Unix- An ethical hacker should know multiple platforms because you can be asked to deal with any of these platforms.

Certification is also important among ethical hackers. It could be beneficial in moving your career forward. Some reasons why it is important have been listed below:

Certified professionals have chances of having a better position and consequently, a better salary. A certificate validates your skills in the field of IT Security as a whole. Since the cases of hacking are growing day by day, businesses prefer a candidate with a certificate because it assures them that you have the necessary skills.

Ethical Hacking is a very important part of today’s world. While it is not easy to be an Ethical Hacker, the good that comes from it, and the personal benefits make it worth the hard work.