Wireless technology allows the user to interact with two or more systems over a distance. It operates without the use of cables or wires of any type. It includes communications with the help of Infrared (IR) waves and radio frequency (RF). Wireless technology has always been ahead of wired technology and is generally more costly. It has provided an extra benefit of portability. It allows granting the user to send and receive information while traveling. 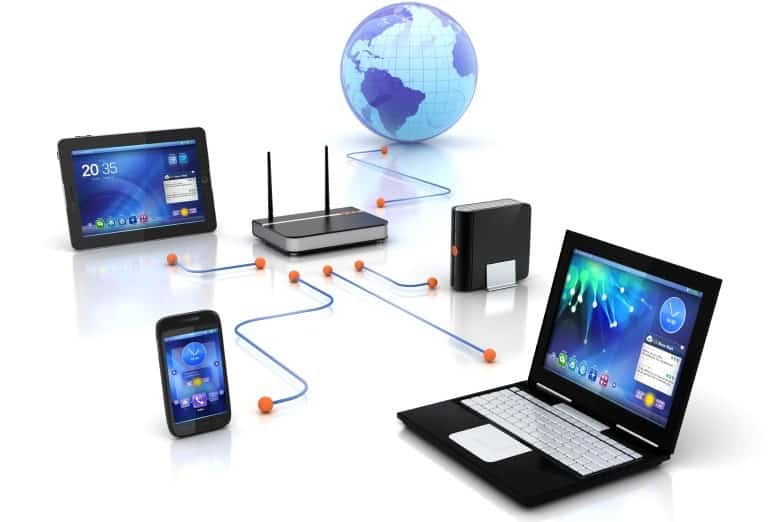 The origin of wireless technologies is attributed to the discovery of electromagnetic waves by Heinrich Hertz (1857-1894). The first commercial Radio Frequency communication device, the wireless telegraph, was invented by Guglielmo Marconi (1874-1937). It was made almost 50 years after the invention of commercial wired telegraph services by Samuel F. B. Morse in 1832. In 1990, Marconi transmitted a radio signal to a mobile receiver on ships. He was the first person who did anything of this sort.

The beginning of the 1990s brought a wireless revolution. It began with the emergence of the digital wireless network that leads to a social turn. There was a shift from wired to wireless technologies. It includes the spread of commercial wireless technologies like mobile phones, wireless computer networks, laptops, cellular networks, the internet, and pagers. The advancement in wireless technology is driven by microwave engineering and radiofrequency. It allowed an increase in voice traffic along with the transmission of digital data which includes images, text messages, and streaming media.

Some of the common examples of wireless device are:

What is Wireless Communication?

Wireless communication is the most vital and growing technological area in the field of communication. It is a process of conveying information between two-point wirelessly- without any wires, physical medium, or cables.

In this growing world, high speed wireless communication is an integral part of our lives. A few of the communication devices that operate wirelessly are GPS receivers, Bluetooth devices, Mobile phones, Wi-Fi, Remote controls, etc.

A lot of advancements are expected in the upcoming decades that will steer the mobile operator and enterprise IT structure in 2020 and beyond.

Mobile Edge computing was pretty famous in the starting. They are now beginning to multiply as the supplier offers new products and assistance offerings. A few examples of cases where mobile edge computing is used are oil and gas monitoring, remote video processing, traffic management, and manufacturing monitoring and analytics.

Dynamic Spectrum Sharing (DSS) is a new kind of technology. It allows cellular service providers to offer 5G and 4G services on the same band of spectrum. It enables the mobile operators to speedily respond to bandwidth demands by assigning spectrum on various services on their network. DSS needs a software upgrade to both the 5G and the radio access network (RAN).

The shift to 5G technology needs operators to employ several new base stations to deliver high-speed bandwidth and geographical coverage with low latency.

Citizen Broadband Radio Services (CBRS) is an emerging wireless network trend. It is a reassigned band of unlicensed spectrum cleared for commercial use not long ago. It enables businesses to manage the quality of service and guarantees the security of the applications and devices.

The Software-Defined WAN (SD-WAN) ensures traffic management across a variety of applications and multiple WAN links. It assures wireless data services to integrate into a hybrid WAN service strategy to improve reliability. 4G and 5G gives organizations the option to transfer to wireless-only WAN connectivity, particularly for smaller branch offices and mobile locations.

Wi-Fi remains the most favorite and dominant way of connecting various PCs, tablets, laptops, and phones in businesses. Wi-Fi, also known as 802.11ax, is the modern upgrade form of the revered Wi-Fi standard. It provided better performance and control of the Quality of Services for essential applications. It expands the number of devices that can concurrently connect to a single Wi-Fi access point. It also adds aspects to enhance the battery life of IoT devices.

The Application of Wireless Technology

The applications of wireless technology continue to grow and appear on the view.