WHO is known to be a worldwide organization which was founded in 1948 and is based in the European country of Switzerland. It’s one of the major parts of the United Nation (also known as the UN), and targets to safeguard the overall health spectrum and looks after the wellbeing of people around the globe. 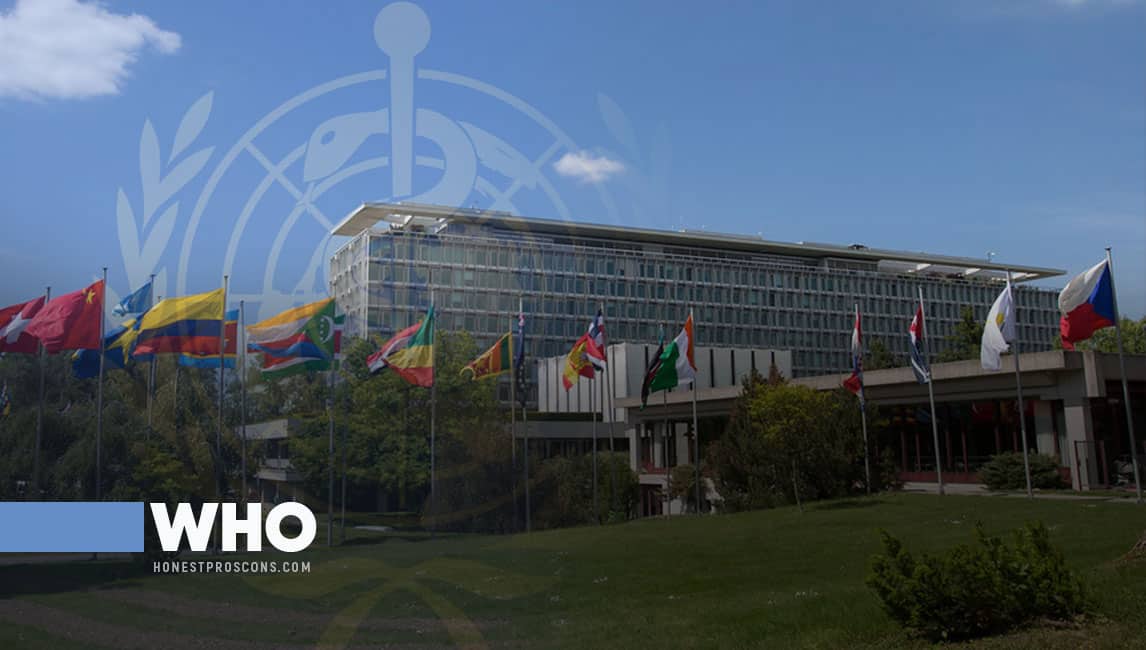 The WHO consists of member states of 194 countries and is also involved in things like Cancer research, paramedic distribution, vaccination campaigns, helping people deal with health emergencies and assisting countries in their healthcare.

The WHO has played a leading role in several public health achievements, most notably the eradication of smallpox, the near-eradication of polio, and the development of an Ebola vaccine.

Tedros Adhanom serves as Director-General of the World Health Organization since 2017.
It gets its funding and overall financing from its member countries alongside the donations.

Some Major Area of Focus of WTO

Its overarching mission is “the attainment by all peoples of the highest possible level of health.”

WHO has given itself the interim task of eradicating various fatal communicable diseases including from the face of the earth and help states fight against epidemic and pandemics.

So far their effort has been very effective, reducing the number of those aged 15–24 years who are infected with HIV by 50%; reducing new HIV infections in children by 90%, and reducing HIV-related deaths by 25%. Likewise, they have played a huge role in controlling and stopping the spread of Malaria in Africa and equatorial regions. The medication of Tuberculosis worldwide has been free due to the effort of WHO.

Another of the thirteen WHO priority areas are aimed at the prevention and reduction of disability, disease and premature deaths from chronic non-communicable diseases, violence and injuries, mental disorders, and disabling visual impairment.

Here the focus of WHO is in reduced morbidity and mortality and improved health during main stages of life which includes pregnancy, childbirth, the neonatal period, childhood and adolescence, and better sexual and reproductive health and improve active and healthy ageing for every individual.

The World Health Organization promotes safety inroads as a tool to lessen traffic-related injuries. It works on initiatives globally in surgery, including emergency, essential and immediate surgical, trauma and safe surgical care.

The World Health Organization’s main goal in natural and artificial emergencies is to cooperate with other members and stakeholders to lessen the loss of life and handle disabilities and death properly.

WHO addresses government health policy with two main points: firstly, to address the underlying social and economic determinants of health through policies and programs that enhance health equity and integrate pro-poor, gender-responsive, and human rights-based approaches.

Likewise, it also operates to promote a healthier environment, intensify primary prevention and influence public policies in all sectors so as to address the root causes of environmental threats to health.

The World Health Assembly (WHA) is the legislative and supreme body of WHO that handles all the administrative activities in WHO alongside making and terminating the policies.

Head office located in Geneva, it generally meets yearly in May. Director General is appointed every five years and they vote on finance and policy of WHO, including the main proposed budget.

The WHO is generally financed by contributions from member states and outside donors. As of 2020, the biggest contributor is the United States, which provides over $400 million annually. Contributions to the WHO by the USA are funded through the U.S.

State Department’s account for Contributions to International Organizations (CIO).
In 2019 The largest contributors ( around $150+ each) were the United States, Bill & Melinda Gates Foundation, United Kingdom, Germany and GAVI The vaccine alliance.

However, Immediately right after taking a seat in office in January 2017, the U.S. President Trump drafted a controversial executive order to reduce U.S. funding of international organizations by whooping 40%.

Every regional committee of the WHO comprises overall Health Department heads, in all the governments of the countries that constitute the Region. Alongside from electing the regional director. It is also responsible for setting the scruples for the implementation, within the region, of the health and other policies adopted by the World Health Assembly.

The WHO provides employment from 147 countries to 8500 peoples. It operates in 150 country offices in six regions. The country office comprises of WR, and other experts, both local and foreign, as well as the required support staff.

One of the important functions of WHO country offices includes being the primary adviser of that country’s government in matters of health and pharmaceutical policies.

The WHO’s irresponsive handling of the pandemic has come under criticism amidst what has been described as the agency’s “Balancing diplomatic act” between “China and Critics of China,” including deep observation of the relationship between the agency and Chinese authorities.

The US President Donald Trump declared that funding will be halted by his administration to the WHO Funds which were previously earmarked for the WHO by the US were to be held for 60-90 days pending a rigorous investigation into WHO’s handling of the COVID pandemic, particularly in respect to the organization’s intense relationship with China.

China doesn’t recognize Taiwan as an independent state and regards Taiwan as a part of its own, unlike many other countries that regard Taiwan as a separate state.

Political pressure from China has led to Taiwan being barred from membership of the WHO and other UN-affiliated organizations, and in 2017 to 2020 the WHO refused to allow delegates from Taiwan to attend the WHO annual assembly. On various occasions, Taiwanese journalists have been denied access to the inclusion of the assembly.

WHO’s ultimate mission is “the attainment by all peoples of the highest possible level of health.” It justifies its mission through activities such as:

1. Technical Assistance to the World

The member countries are provided access with the skills, equipments and techniques that are required to tackle the health hazards that are observed in the area. Furthermore WHO is also know for supplying tools and medications that are not easily available to various underprivileged nations.

WHO plays a major role for setting international health standards and providing guidance on important health issues, on which states can rely upon and move forward with the trails as mentioned.

Who plays a major role in coordinating and supporting international responses to health emergencies such as disease outbreaks, and casualties resulting from unforeseen circumstances like natural disasters and calamities.

WHO heirs different brand ambassadors who are known for their humanitarian causes, and promote healthy habits, discouraging health relating taboos and superstition in the backward. parts of the world. Moreover rigorous researches on noble diseases are done continuously to forecast and warn the possible outbreaks and chaos.

WHO has always been a major player in tackling health emergency throughout the world and have led to the circumspection of global epidemics ranging from Ebola to Swine flu to SarS and many others.

However considering the current scenarios and initial misinformation on COVID 19 alongside the undue international political influence, the operating principles and reputation of the organization is badly affected, with countries halting the funding and loss of trust among people for big global health organizations like WHO.